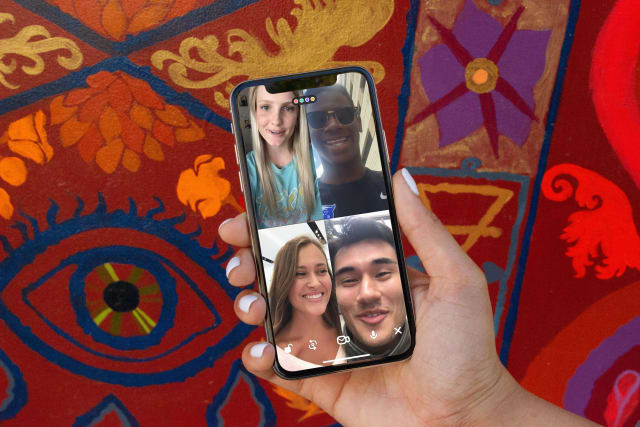 Houseparty is offering a one million dollar (£811,000) bounty to anyone who can provide the service with proof that it has been the target of a “smear campaign” over its security.

On Monday, the video messaging app’s makers denied claims circulating on social media that it has led to other online accounts being compromised.

Houseparty has now said it is looking into suggestions that the hacking rumours had been created as part of a “paid commercial smear campaign”.

The group video calling service has risen to prominence during the coronavirus pandemic, allowing people in locked-down countries such as the UK to catch up with friends and family while apart.

However, numerous posts appeared on social networks from users alleging that the app has resulted in their other online accounts – including Netflix, eBay, Instagram and Spotify – being hacked.

“We are investigating indications that the recent hacking rumours were spread by a paid commercial smear campaign to harm Houseparty,” the app said in a tweet.

“We are offering a $1,000,000 bounty for the first individual to provide proof of such a campaign to bounty@houseparty.com.

“We have spent the past few weeks feeling humbled and grateful that we can be such a large part of bringing people together during such a hard time.”

On Monday, the app said it had found “no evidence” of a breach and confirmed to users that it does not collect passwords for other sites – such as Facebook and Snapchat – which can be connected to Houseparty to help users find contacts.

The app encouraged users to use a unique password for each account and to use a password manager to keep track of login details, “rather than using passwords that are short and simple”.