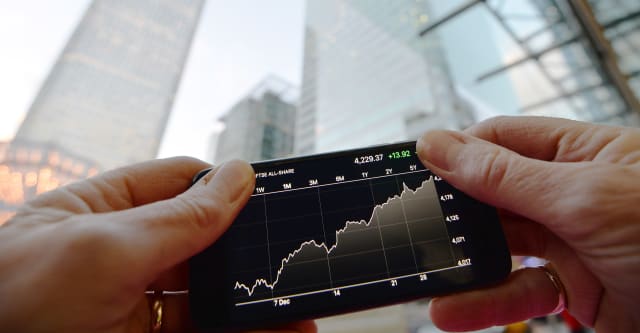 The main European markets all opened in positive territory, with the FTSE 100 pushing higher as multinational firms led the charge.

London’s top flight jumped 110 points higher to 5,673 points by 10.10am on Tuesday, as it continued this week’s rebound.

Russ Mould, investment director at AJ Bell, said: “Every little step forward for the markets will help to repair investor confidence following the catastrophic start to the year for equities.”

“Equity markets are taking their cue from various bits of positive data.

“China’s latest purchasing managers’ indices (PMI) data was better than expected and put the country back into expansionary territory.”

Analysts were expecting China’s manufacturing and services PMIs to post a healthy bounce to 44.9 and 42.1 respectively.

The figures gave European traders a reason for cautious optimism, with firms who have operations in China, such as Prudential, moving higher.

Some of the heaviest hit firms on Monday, such as those in the travel and aerospace sectors, led the rebound on Tuesday morning.

Airline firms IAG and easyJet both moved higher, rising by around 8% and 5% respectively, as they found solace in the faster-than-expected improvement in China.

Elsewhere in Europe, the German Dax index increased by 2.4%, while the French Cac rose by 1.6%.

On Monday oil prices fell to an 18-year low after Saudi Arabia revealed new plans to increase oil exports to 10.6 million barrels a day from May, a 6% increase.

It rebounded slightly by 3.1% to 23.49 US dollars per barrel on Tuesday after Russia and the US agreed to talks to help stabilise the markets.