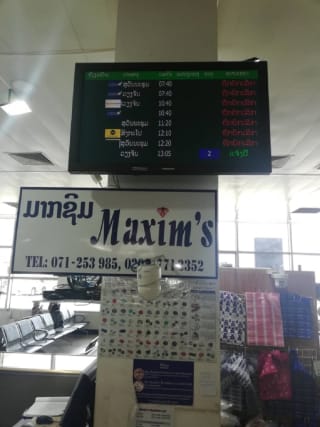 Britons stuck in Laos are being advised to pay around £1,500 for a commercial flight if they wish to get back to the UK.

Around 90 UK citizens are thought to be trying to get out of the south-east Asian country, which has gone into lockdown despite relatively few cases of coronavirus having been diagnosed there so far.

On Tuesday, Britons were contacted by the embassy in the Lao capital Vientiane to let them know they had organised passage back to the UK, via South Korea, with a flight on April 3 via Lao Airlines and charter flight company Ticket Lao.

But with tickets costing around £1,550 – and some claiming to have been quoted a price closer to £1,800 because of credit card fees – not everybody there can afford it.

One UK citizen in Laos, Sam Jermy, told the PA news agency: “We almost feel like we’ve got a take-it-or-leave-it offer of nearly £2,000, which is an astronomical amount of money.

“This is going to create a lot of heartbreaking moments for people out here because people don’t know what to do for the best.

“Do you put yourself in considerable debt for months afterwards but you’re home in the UK where you expect to be safe, or do you try and wait for a better option and ride it out in a country that you aren’t familiar with at the risk of things deteriorating?”

Although a number of airlines have stopped operating out of Laos, with some still flying and relatively few UK citizens in the country, it is not seen as high priority by the UK Government for repatriation.

A spokesman for the UK embassy in Vientiane said: “Unfortunately we don’t have control over how much they charge for that flight.

“They are a commercial airline, they have rights to charge whatever price they see fit.”

On Friday a number of UK citizens in Laos were denied entry to flights they had booked to China and Thailand.

Any passengers wishing to travel home on the April 3 flight are being asked by the embassy to acknowledge that “the British embassy cannot accept responsibility for decisions taken by the airline” and that “changes by the Lao or Korean government may affect the status of this flight”.

It has left some sceptical about paying for another flight which they fear may not happen.

The embassy spokesman said they were “disappointed” with airlines who had denied boarding to UK citizens, and added: “It’s a horrible situation to be in and that’s why we’re trying desperately to get them out.

“We understand that it’s horrible and we’ve been trying to talk to them, understand how they’re feeling and give them advice and try and explore options, but because repatriation isn’t an option, we have to go with the commercial flights available.

“If they don’t feel comfortable staying in Laos our duty is to get them home and unfortunately their options at the moment are what the airlines are telling them to pay, because it’s a commercial flight.”

The embassy is looking into offering loans to help travellers who cannot afford to pay £1,550, which comprises around £600 for the flight to Seoul and the rest for the onward journey back to London.

And for those who do not get on the plane, it will continue to explore other options such as trying to secure spots on planes organised by other countries.

Mr Jermy, a teacher who has been working in China since 2018 but is now looking to get back to his home in Norfolk, feels the UK Government needs to step up its efforts to get them back from what he described as “a third-world country”.

“We appreciate the embassy in Vientiane is small and they might not have a lot of leverage but the Foreign Office and the UK Government, they need to do more.”