What do the statistics really tell us about UK coronavirus deaths? 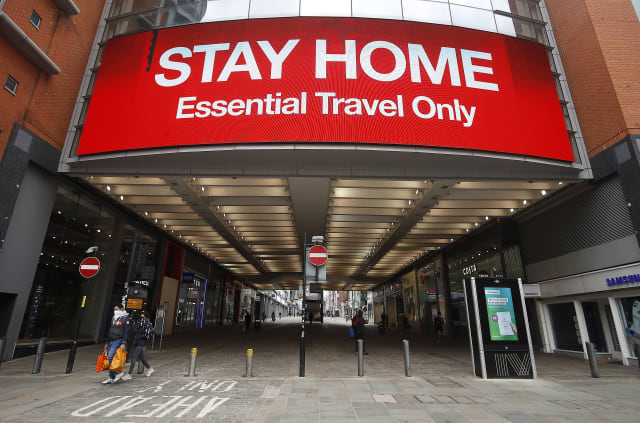 So far 1,228 people in the UK who tested positive for coronavirus have died, according to the latest figures from the Department of Health and Social Care.

The number, which was published on March 29 and is correct as of 5pm on March 28, is the only official statistic available for the whole of the country.

It is updated every 24 hours and allows us to see the day-on-day change in the total deaths reported so far, as well as whether the rate is increasing or slowing down.

But it does not give us a real-time snapshot of the number of coronavirus-related deaths in the UK, nor is it an accurate reflection of exactly where we are in the “curve” of the outbreak.

There a number of reasons for this.

First, the numbers that are published each day include deaths that have occurred over a range of dates – usually over the previous few days, but sometimes from weeks earlier.

The list of deaths announced by NHS England in its bulletin of March 29 included deaths that were recorded as taking place as far back as March 16.

A death is only included in the figures once families of the victim have been informed.

So the day-on-day change in the official death figures is not moving in step with how many coronavirus-related deaths are taking place in real time.

Secondly, deaths being included in the official total are focused on those that have taken place in hospitals in England, Scotland, Wales and Northern Ireland.

These provide the most immediate sources of data for the Department of Health, and which are then used for the daily updates.

NHS England, for instance, publishes a daily breakdown of coronavirus-related deaths in England by NHS Trust.

Deaths that have occurred in the wider community are not included.

The Office for National Statistics (ONS) publishes weekly provisional figures on the total number of deaths registered in England and Wales, including the wider community, as well as whether the underlying cause of death is a respiratory disease.

But there is a lag in these figures of about 11 days – the latest ONS bulletin, published on March 24, had numbers up to the week ending March 13.

These figures are also based on when a death is registered, not when it occurred.

A third reason the official death figures do not give a real-time snapshot of where we are in the “curve” of the outbreak is due to the amount of time that can pass between somebody contracting the virus and them losing their life through a coronavirus-related death.

This means that any steps taken to limit the spread of the virus, such as social distancing or lockdowns, take time to show up in the number of deaths.

A study published in The Lancet on March 12 based on data reported in Wuhan, China, found that the median average time from the onset of coronavirus symptoms to admission to an intensive care unit (ICU) is about 10 days.

A separate study by the Intensive Care National Audit and Research Centre, based on cases in England, Wales and Northern Ireland up to March 26, found that of a sample of 165 patients treated in ICUs where an outcome was reported, 79 (48%) had died and 86 (52%) had been discharged.

Those who had died had spent a median average of four days in an ICU from admission to death.

These factors – the onset of symptoms and the time it takes for a patient to die while in hospital – adds further to the lag in the death statistics.

And it means that we are likely to have to wait at least a couple of weeks to get a clear idea of whether the recent measures introduced in the UK to “flatten the curve” of virus-related deaths have had an impact.