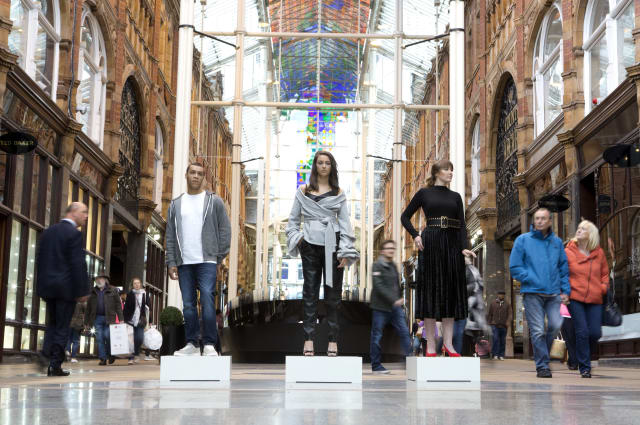 Almost two-thirds of the rent that shopping centre owner Hammerson was hoping to see in its bank account last week has not materialised, the business said as shops around the country close their doors.

The retail property owner revealed that, by Friday, two days after deadline, it had only been paid 37% of the rent that was billed in the UK for the second quarter of the financial year.

After stripping out rent that has been waived, deferred, or switched to monthly payments, the figure climbs to 57% of what was due.

Prime Minister Boris Johnson last week ordered all non-essential shops across the country to close their doors to customers as the Government tries to slow the spread of coronavirus.

Last week, rival Intu, owner of Manchester’s Trafford Centre, revealed that it had only received 29% of the rent payments that were due on Wednesday, the deadline for the second quarter.

On Monday, Hammerson, which owns Victoria in Leeds and Highcross in Leicester, said: “In these circumstances, we believe we should support our occupiers, particularly smaller and independent brands that are less resilient to the closure of their space in our centres.

“We have received a variety of requests for rent deferrals, monthly payments and waivers, which we are reviewing on a case-by-case basis, taking into account the business model and risk profile of the occupier, alongside the aid made available by the relevant governments.”

Both of the company’s two flagship sites, in Leeds and Leicester, have closed completely.

In Ireland, its flagship sites have been closed since March 25, apart from essential stores which make up around 8% of its passing rent int he country.

In France, the FTSE 250 firm has offered temporary monthly rent deals to tenants.

The board scrapped shareholders’ dividend and withdrew its guidance for the financial year, saying it was too early to tell what the impact of Covid-19 might be.

Johnson: ‘We have to stay alert’