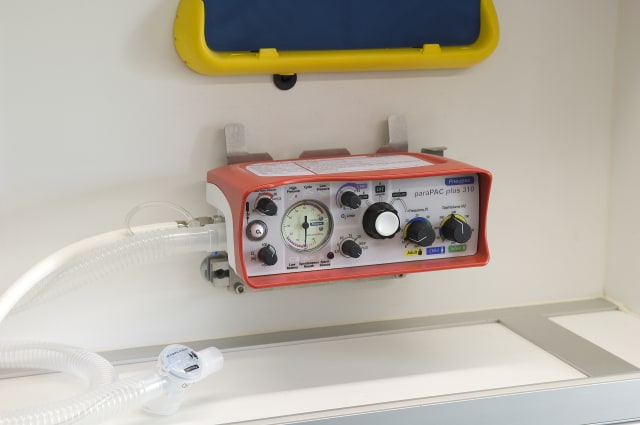 A group of UK manufacturers has received a Government order to build 10,000 ventilators to help treat patients infected with Covid-19.

The consortium, including Rolls-Royce, is ready to start producing medical devices under the name Project Oyster and also jointly scaling-up production of an existing design, known as Project Penguin.

It follows an announcement from Dyson that it had received an order from Prime Minister Boris Johnson – who himself has coronavirus – to build 10,000 of its own CoVent design devices.

Ministers have been trying to boost the number of ventilators in recent weeks as they look to increase the stock of just over 8,000 already available to the NHS.

The devices take over the body’s breathing function, pushing air into the lungs while a person is seriously ill with Covid-19, giving the patient time to fight the infection and recover.

The Ventilator Challenge UK consortium said it has taken about a week to meet exacting specifications developed by clinicians for a rapidly manufactured ventilator system.

The specification has been overseen by Medicines and Healthcare products Regulatory Agency (MHRA), which regulates medical devices in the UK.

On Monday, the consortium, which also includes several UK-based Formula One teams including McLaren, Mercedes and Williams, said it has received a formal order for 10,000 devices and could produce more, if needed.

There is expectation of a “straightforward and very prompt regulatory sign-off” among the consortium, following a final audit, with production understood to be ready to start this week.

The order is made up of Project Oyster, which has involved making slight tweaks to an existing design by Oxfordshire-based firm Penlon, aimed at speeding up the assembly process.

The consortium is also lending its manufacturing muscle to upscaling production of a device called the ParaPac ventilator by Luton-based Smiths Medical, under what is being called Project Penguin.

Dick Elsy, leading the consortium, said it brought together firms well used to solving problems, adding “this project is no different”.

“They are working together with incredible determination and energy to scale up production of much-needed ventilators and combat a virus that is affecting people in many countries,” he added.

“I am confident this consortium has the skills and tools to make a difference and save lives.”

Vacuum-cleaner builder and engineering firm Dyson announced earlier this week ministers had asked it to produce thousands of ventilators to help in the fight against the pandemic.

Billionaire entrepreneur Sir James Dyson said in a staff email an initial order has been placed for its CoVent design, promising an additional 5,000 donation to the international effort.

A design for the battery-operated device, which would attach to patients’ beds, took about 10 days to work up but is yet to get regulatory approval.

The ventilator, created with The Technology Partnership (TTP), would be assembled at Dyson’s Wiltshire facility.

On Monday, Staffordshire-based construction equipment giant JCB said it had repurposed part of its dormant production line to start building the metal housing for the Dyson design.

It has delivered prototypes of the steel housing to Dyson already.

JCB said it received a direct approach from the Prime Minister to help with the effort earlier this month, with chairman Lord Bamford promising assistance.

Lord Bamford said: “This project has gone from design to production in just a matter of days and I am delighted that we have been to deploy the skills of our talented engineering, design and fabrication teams so quickly at a time of national crisis.

“This is also a global crisis, of course, and we will naturally help with the production of more housings if these ventilators are eventually required by other countries.”

Mass production of the housings could start at its re-purposed cab production line in Uttoxeter, “in a matter of days”, JCB said.

Other manufacturers have also joined the push, including defence engineering firm Babcock which together with a leading medical equipment company, is working on plans to design and build its own critical care ventilators.

Technicians reverse engineered a device and made improvements with the first tranche of 100 now being delivered to UCLH for clinical trials before a wider roll-out.

If all goes well, up to 1,000 could be produced by Mercedes, starting in a week’s time.

The device has already been approved for use by regulator, the MHRA.

Nadhim Zahawi, business and industry minister, said: “This consortium has brought together the very best of British engineering and manufacturing.

“It will be key in our efforts to ramp up ventilator capacity and overcome coronavirus.

“Over the coming weeks I will be working closely with the consortium as part of our shared ambition to protect our NHS and save lives.

“Over 3,000 companies answered the Prime Minister’s call for ventilator production and their help will be vital as we make our way through this turbulent period.”