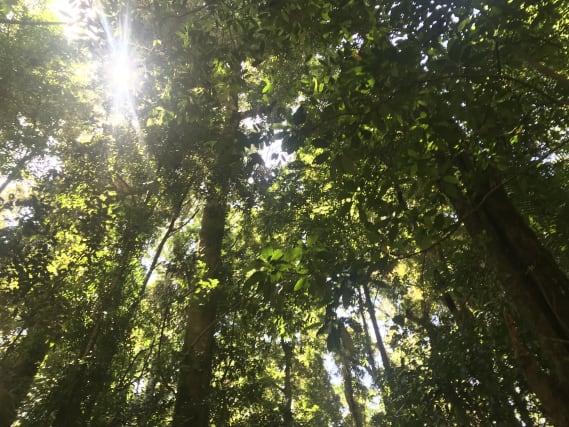 A legal target should be introduced to end the destruction of forests in food supply chains by 2030 at the latest, a report for the Government has urged.

Production of commodities imported and consumed in the UK such as soy, palm oil, beef and leather, cocoa, timber and paper, helps drive loss of forests and natural habitats which are converted to farmland.

The destruction of forests and other habitats such as nature-rich grasslands around the world for these products harms people that rely on them, the rich wildlife they sustain and globally-important carbon storage, the report warns.

The independent report by the Global Resource Initiative Taskforce looked at how to reduce the climate and environmental impact of key UK supply chains.

It calls for a legally binding target to end deforestation within the UK agricultural and forestry commodity supply chains as soon as practicable and by no later than 2030.

The move, which should begin with the products that are contributing most to deforestation, should be part of a range of measures by the Government to make the UK’s supply chains more sustainable.

Ministers should also strengthen and extend the requirements around buying food in the public sector, such as for schools, prisons, hospitals and the military, beyond existing sustainability rules for palm oil and timber.

Businesses and investors also need to step up, with action going beyond the leading retailers, brands and processors to the wider market, including the food service sector such as restaurants, the report adds.

The report says the UK has an opportunity to put climate and sustainable development at the forefront of its new trade agreements and relationships with other countries after Brexit, as it pushes towards net-zero and rethinks.

And it says that the UK has an opportunity, as hosts of the Cop26 UN climate talks that are due to take place in Glasgow in November, to put protecting nature at the centre of efforts to tackle global warming.

The Government should convene a global call for action on deforestation and sustainable supply chains in the lead-up to Cop26 and try to mobilise public and private funding to tackle the issue, the report said.

The taskforce, chaired by Sir Ian Cheshire, has involved leading businesses including Legal & General, Cargill, McDonald’s and Tesco along with the Green Finance Institute, WWF and Forest Coalition.

The Government said it will consider the taskforce’s report and would respond in due course, and its current priority is dealing with the coronavirus pandemic.

A spokeswoman for environmental charity WWF said: “This report is an important step in tackling the climate and nature crisis, emphasising the need to act here in the UK if we are to tackle global deforestation.

“When the time is right, after the current health emergency, we look forward to working with the Government and businesses on implementing its recommendations.”