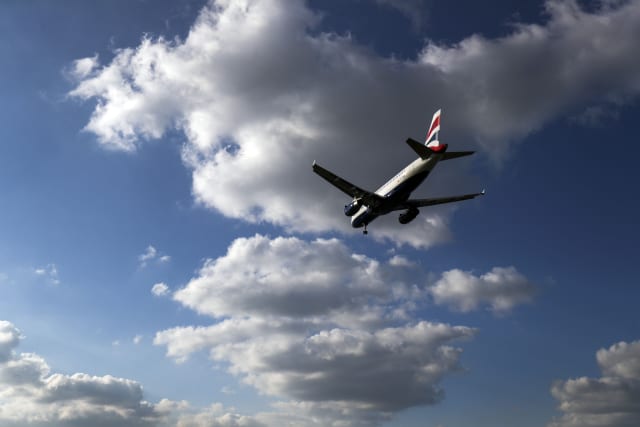 The Government will work with commercial airlines to help stranded Britons get home, Foreign Secretary Dominic Raab has announced.

The Foreign Office has set aside £75 million to charter flights to get those stuck abroad home from areas where commercial routes are no longer running.

In areas where commercial flights can still run, the Government will work with airlines to get people home.

Speaking at the daily Downing Street press conference, Mr Raab said: “I can today announce a new arrangement between the Government and airlines to fly home tens of thousands of stranded British travellers, where commercial flights are no longer possible.”

He added: “Under the arrangements that we are putting in place we will target flights from a range of priority countries, starting this week.”

Virgin, easyJet, Jet2 and Titan Airways signed a memorandum of understanding negotiated by the Foreign Secretary and Transport Secretary Grant Shapps on Monday.

British Airways has said they will work with Government to get people home and other airlines are expected to join.

Mr Raab said airlines would be responsible for getting passengers home where commercial routes remain an option.

“That means offering alternative flights at little to no cost where routes have been cancelled, and it means allowing passengers to change tickets – including between carriers.

“So for those still in those countries where commercial options are still available: don’t wait. Don’t run the risk of getting stranded. The airlines are standing by to help you – please book your tickets as soon as possible,” he added.

Further information is available for travellers on the Government’s foreign travel advice website.

On Monday, easyJet grounded its entire fleet of aircraft.

The Luton-based carrier said parking all 344 of its planes “removes significant cost” as the aviation industry struggles to cope with a collapse in demand.

The move came as Scottish regional airline Loganair said it expects to ask the Government for a bailout to cope with the impact of the pandemic.

As part of the Government’s repatriation efforts, airlines will be expected to transport passengers with pre-booked tickets home, offering them alternatives where routes are cancelled and allowing them to change tickets, including between carriers.

Where commercial routes do not exist, the Government will provide up to £75 million financial support to enable special charter flights – operated by the partner airlines above and others – to fly to priority countries to bring back UK residents.

At the start of the crisis, the UK Government also chartered flights for stranded Britons to get them home from the then epicentre of the outbreak in Wuhan, China, alongside other European governments.