The head of the NHS Sir Simon Stevens confirmed the city's National Exhibition Centre (NEC) would be transformed into a site to treat coronavirus patients on Friday.

The NEC is one of the latest proposals for a temporary field hospital after the ExCeL site in London, which has been equipped with 4,000 beds to cope with any patient surge in the capital.

The London hospital was named NHS Nightingale after the founder of modern nursing, Florence Nightingale.

Activist Patrick Vernon has launched a petition to name the latest field hospital after British-Jamaican Mary Seacole – who nursed wounded soldiers during the Crimean War.

Mr Vernon said the move would act as a "beacon of hope and diversity for the country". 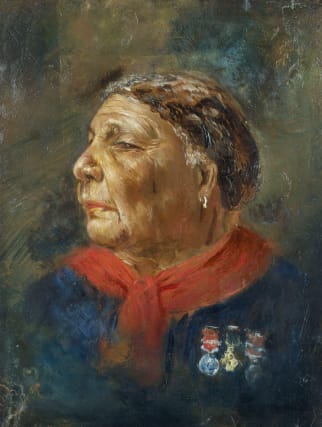 Addressing his reasons for setting up the petition, Mr Vernon wrote: "With the Excel conference centre at the Docklands being named NHS Nightingale after Florence Nightingale, it is important that the second emergency hospital tackling Covid-19 at the NEC in Birmingham should be called the NHS Seacole.

"Mary Seacole is a Jamaican British war hero who supported British troops as a nurse during the Crimean war.

"Despite being rejected by Florence Nightingale to join her band of nurses, she travelled to the front line of the war in Crimea. She was so widely loved for her healing powers, the soldiers nicknamed her 'Mother Seacole'."

Mr Vernon continued: "Mary inspired thousands of women and people of colour to dedicate their lives to the NHS.

"Recently the Royal College of Nursing recognised her contribution to British nursing, publicly declaring her on the same footing as Florence Nightingale.

"I am an activist and campaigner who has been fighting for years to get black Britons recognised for their contribution to history. In 2003 I launched an initiative called 100 Great Black Britons, where the public voted Mary Seacole as the greatest black Briton of all time for the heroic way she served the country during war."

Calling on people to support the cause, Mr Vernon said: "The lack of ethnic minority representation needs to change, especially in the NHS, especially at senior level and in the national narrative of the country."

"Naming Mary Seacole as part of the fight against Covid-19 would be a major step forward highlighting the contribution of BAME staff who have worked tirelessly for the NHS since its creation in 1948 and highlight the collective spirit of the country to fight the pandemic and reduce the impact of infection.

"Please sign this petition so Matt Hancock the Secretary State for Health can name the NEC building as the Seacole NHS as a beacon of hope and diversity for the country."