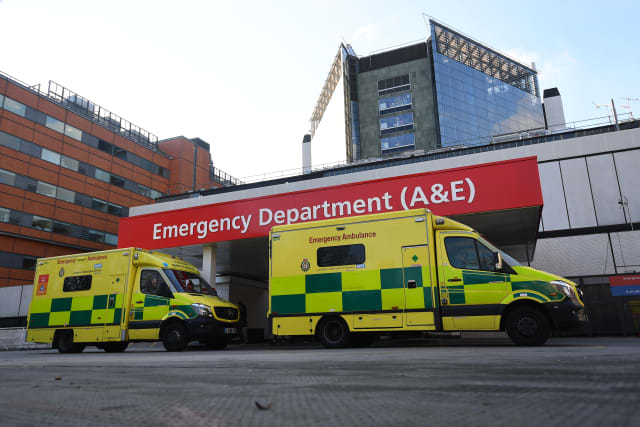 The mortality rate of patients admitted to intensive care with a confirmed case of coronavirus is close to 50%, according to an early study of critical care outcomes.

The report, by the Intensive Care National Audit and Research Centre (ICNARC) shows that out of 165 admissions to critical care units, 79 patients have died and 86 were discharged.

A further 609 patients were last reported as still being in intensive care.

The study includes data on all confirmed cases of Covid-19 reported to the centre up to midnight on March 26 from 285 critical care units in England, Wales and Northern Ireland taking part in an ICNARC programme.

No detail of the other case was given.

The average (mean) age of those admitted was 60.2 years.

The data also shows that the mortality rate is currently higher for men than women, and increases with age.

Critical care units involved in the initiative are asked to notify ICNARC as soon as they have an admission with Covid-19 and provide data at different points of their treatment.