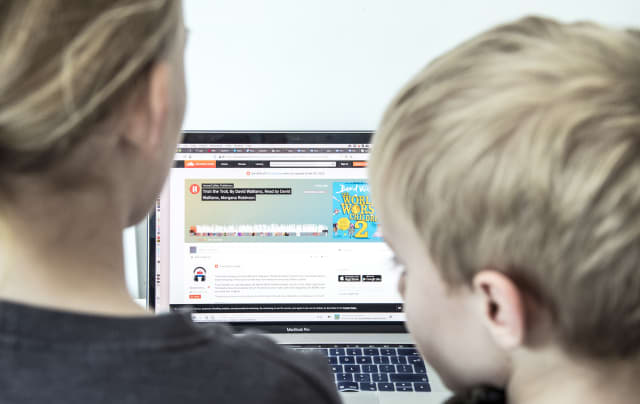 A combination of physical affection, routines and access to technology are key to helping children overcome isolation and stress during the Covid-19 lockdown, according to an education expert.

Dr Emma Maynard, a doctor of education at the University of Portsmouth, said that parents face a huge challenge in juggling the stresses of work, looking after their children at home and helping to prevent their youngsters from becoming stressed and scared by the crisis.

She said the loss of the school routine was unsettling and added: “They are going to be under emotional strain from such a change.

“There is a lot to be said for giving them physical closeness where we can. It is very reassuring for children of all ages, it’s about attachment and feeling close to our parents and protected.

“For the younger ones, relaxing rules for comforters, beds and dummies and muslins and things, is quite useful especially when key adults can’t get too close to them. And don’t worry about them as they will be soothing and play an important psychological function for them.

“For the older ones, technology is really helpful. Don’t worry about them being on their phones, the contact they have with friends is really important.”

She continued: “It’s really important to give them a routine that gives them a sense of normality but not something we can’t sustain as we might be doing this for quite a while.”

Confinement and stresses can lead to sibling arguments, she warned: “Allow them some freedom to do what they want at home and you are gong to have less arguments breaking out. We need a first rule that we are kind to each other, we speak nicely and make allowances for each other.”

Dr Maynard also said it was important to take advantage of being allowed outdoors for exercise.

“If you don’t have a garden it’s even more important that when you have your exercise time, you do that outside because you get fresh air which is brilliant for your mental health as well as your physical wellbeing.

“If siblings are getting on each other’s nerves, can they go out separately with a parent or even on their own?”

She suggested letting an only-child spend time with friends on video calls.

“The idea of just being around each other is fantastic, it doesn’t have to be a conversation which can feel a bit stilted.”

Dr Maynard added that people need to be “honest but positive”, with explanations of the crisis and said: “We have to be mindful that kids are on their phones all the time, anything I have seen that is upsetting my children could have seen as well, as well as the stories that teenagers circulate.

“By talking to children, we are saying to them ‘We have got this, we are in charge of this situation, we are going to make sure you are OK’.”