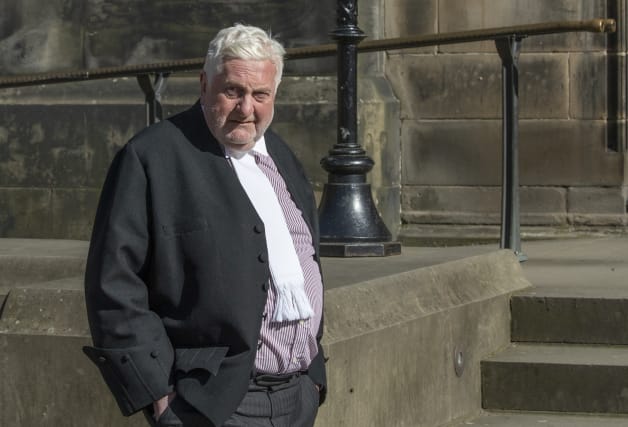 Alex Salmond’s QC has referred himself to the Scottish Legal Complaints Commission after he was filmed apparently discussing the case on a train before the former first minister was acquitted of all charges in his trial.

Gordon Jackson was filmed making remarks on a train during the course of the trial which finished at the High Court in Edinburgh on March 23, and the video was obtained by The Sunday Times.

The lawyer appears to say Mr Salmond could be seen as “a sex pest but he’s not charged with that” and Mr Jackson, Dean of the Faculty of Advocates, said he does not regard the former First Minister in that way.

He said: “I have decided that the proper course of action is to self-refer this matter to the Scottish Legal Complaints Commission (SLCC) and that has been done. It will be for the Commission to consider this matter.

“To be clear, however, I do not regard Alex Salmond as a ‘sex pest’, and any contrary impression is wrong.

“I also deeply regret the distress and difficulties which have been caused, but given the reference to the SLCC it would not be appropriate for me to comment further.”

The former first minister was acquitted of attempted rape and a series of sexual assaults, including one with intent to rape, following an 11-day trial at the High Court in Edinburgh.

Rape Crisis Scotland has called for a full investigation of the video footage.

A statement issued by Mr Salmond said: “Mr Salmond was acquitted on all charges against him on Monday 23 March 2020 by a jury of nine women and six men (eight women and five men at the time of verdict) after hearing all the evidence in a two week trial.

“He made a statement on the steps of the High Court and said that he would make no further public comment on these matters until after the coronavirus crisis was over.”

“It plainly warrants investigation, but as the Dean has self-referred to the Scottish Legal Complaints Commission, it would not be appropriate for the Faculty to comment further.”