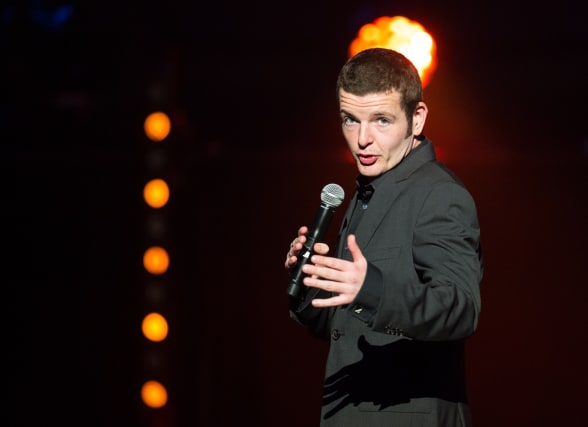 Kevin Bridges has said he thinks people will appreciate the simple things in life more once the coronavirus pandemic is over.

With venues around the country shut, comedians are among those feeling the effects the lockdown is having on business.

He is using the quieter time to come up with new material for a future tour.

Bridges said he thinks once the outbreak is over people will take more time to enjoy the things they once took for granted before the restrictions were brought in.

He told the PA news agency: “It’s a really sad time but I hope we can get through it and get back to normal.

“I think people will appreciate life a bit more and focus on the bigger things and appreciate just being in the pub or going to a park or a comedy club, things you take for granted.”

The Scottish comic is using technology to keep in touch with people and is planning to make good use of the quieter time writing new material.

He said: “I’m working on a new tour with new material so I will be back to writing, I’ll be sitting in the house thinking of jokes.”

Bridges has also urged people to think of charities during the outbreak and to consider donating if they can afford to as many organisations will be struggling with events such as fundraisers postponed or cancelled.

He recently donated £20,000 to Children’s Hospices Across Scotland (CHAS) as a tribute to Dylan Hairstains, a boy he met at Robin House near Balloch in 2012.

Bridges has not forgotten the boy, originally from Lockerbie, who died aged 16 in 2012 after suffering complications from cystic fibrosis.

He said: “I went to visit him in the home, he had a PlayStation and we used to sit and play the computer and he came to a couple of my shows with his family and we kept in touch and had a laugh about football and sadly he passed away, and on Mother’s Day I thought it would be nice to do this.”