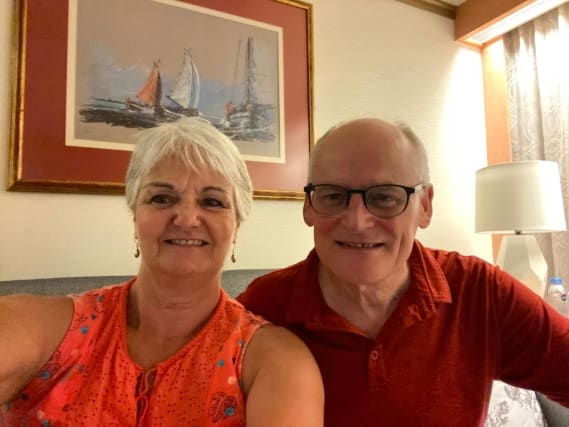 Families of Britons on board a coronavirus-stricken cruise ship are calling for them to be allowed to disembark following the deaths of four passengers.

Operator Holland America Line said more than 130 people have reported flu-like symptoms on MS Zaandam, which is stranded off the coast of Panama.

In a Facebook post on Friday, the company said that four “older guests” had died – although their cause of death has not been confirmed – while two others have tested positive for Covid-19.

The ship has been at sea since March 14 when it was refused permission to dock in Chile, where the cruise was due to end in San Antonio on March 21.

The cruise ship, which departed from Buenos Aires, Argentina, on March 7 is trying to sail for Florida.

But authorities in Panama have said no vessel with confirmed cases can travel through the Panama Canal.

Holland America Line says it plans to transfer health passengers to another ship docked nearby, the Rotterdam, which has been providing the Zaandam with medical supplies and personnel.

Guy Jones, whose parents are on board the vessel, said relatives were trying to put pressure on the Government to rescue stranded British nationals – many of whom have been confined to their cabins since Sunday.

Their son Guy told the PA news agency: “At that time, this pandemic had not been announced as a pandemic by the World Health Organisation.

“Our Foreign Office was still saying that travel to unaffected areas was fine.”

His 65-year-old father, who has no known underlying health conditions, said that as staff are unable to go inside their cabin, the couple have been cleaning surfaces with hand wipes and sanitiser.

“We’re obviously very worried as passengers have passed away on board and we would like the difficulty of our situation to be recognised,” he told PA.

“We hope to be moved across to the Rotterdam today or tomorrow, but still have no idea where things will progress from there.

“We’re sure that UK citizens on board would welcome some news from a government source to show what action is being taken.”

Tracy Wright, whose mother 77-year-old mother Kate Theyer is on board the Zaandam, said a friend who lives in Las Vegas had alerted the family to the cruise ship’s plight.

“Our initial reaction was, ‘no, it will be fine, I’m sure nothing will be wrong, if it was my mum on board we would hear about it’,” Ms Wright told PA.

“The more I started sniffing around I realised that in fact it is hers.

“It’s been all our own investigation, digging out information, because we’ve had nothing incoming at all.”

She said that a member of the cruise ship company’s staff was “was lovely but useless”, while an operator at the Foreign and Commonwealth Office (FCO) “seemed to know nothing about it”.

“I was in a panic meltdown yesterday but then at 11.30pm last night we got a call from (mum),” Ms Wright said.

“It was a ship-to-shore call, and she said that they have been locked in their cabins – she’s in an inside cabin which sounds ghastly.

“It was a short, sharp conversation where she said we’re fit, we’re well, we’ve been tested and we’re negative but we’re now waiting to be moved to the other ship to be put in quarantine again.”

Ms Wright, a HR director from the Cotswolds, said that her mother and an 80-year-old friend she is travelling with were permitted to leave their cabin for 30 minutes on Friday.

She said the biggest frustration was that “no-one is stepping in”, while raising concerns about those who may need medical assistance.

“You’ve got a ship full of geriatrics – it’s a cruise, the average age has got to be 60 plus,” she said.

“I’d be happy if they are off the ship, in a hotel and they are contained.

“I’d be as happy with that, of course the preference is they get flown back, but as a compromise, just get them off the ship.”