Where in the UK is coronavirus most prevalent? 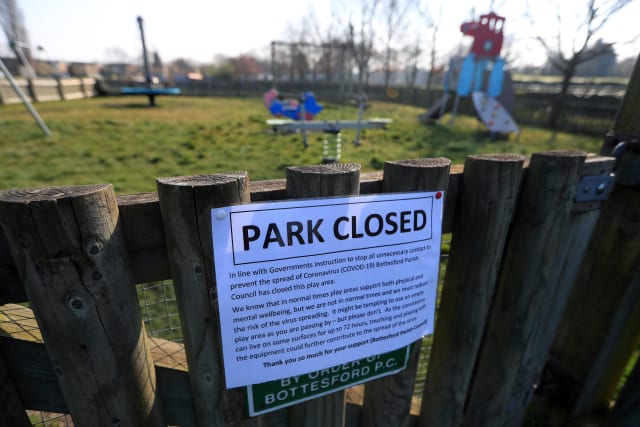 The spread of the virus around the UK has not been consistent, however.

Prevalence of the disease has increased rapidly in some places and not in others.

In England, where the number of cases is reported by local authority area, the biggest changes have all been in London.

Outside London, the area that has seen the biggest increase in prevalence is Sheffield, where cases have gone from seven per 100,000 population to 41.

One thing that has not changed since last week is the part of England where the virus is most prevalent.

London boroughs accounted for every one of the top 15 most prevalent areas in England on March 19 – and the same was true on March 26.

The capital continues to be the main coronavirus ‘hotspot’ in England.

The West Midlands is another region of England where the numbers could show a big change over the next week, however.

Wolverhampton, Birmingham, Walsall and Sandwell are all in the top 10 areas outside London that saw the biggest jump in prevalence during the past seven days.

A total of 15% of all coronavirus-related deaths in the UK so far have been recorded by hospitals in the West Midlands – the highest proportion anywhere except for London (32%).

Shetland currently has 24 confirmed cases of coronavirus among a population of 22,990 – the equivalent of 104 cases per 100,000 population.

Orkney and the Western Isles continue to report no cases of the virus.

Wales has recently switched to reporting the volume of cases by local health board instead of by local authority, making it difficult to analyse how the prevalence of coronavirus has changed.

The volume of cases is highest in the part of Wales covered by the Aneurin Bevan University health board, which includes the areas of Blaenau Gwent, Caerphilly, Monmouthshire, Newport, Torfaen and South Powys.

As of March 27, the total number of confirmed cases for the Aneurin Bevan board was 432.