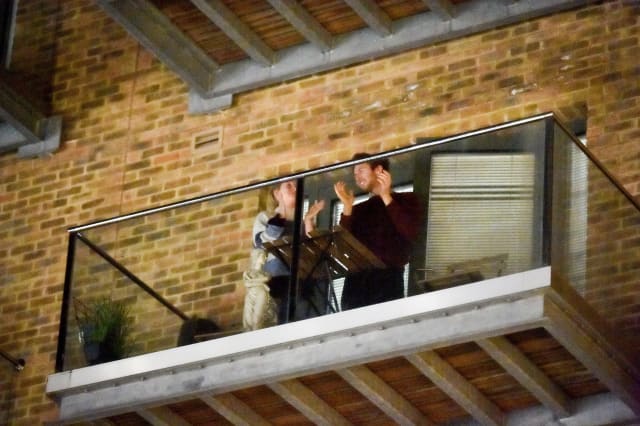 The nation’s applause for the NHS on Thursday evening led to an all-time record of upstream traffic on Virgin Media, as people uploaded videos of the moment on social platforms.

Upstream traffic – data sent by people when using programmes such as video calls – has increased significantly during daytime hours, as the public stay at home during the coronavirus lockdown.

Virgin Media said upstream traffic on its network is up more than 150% on the previous month, due to a rise in video conferencing and digital classrooms.

The company noticed a sharp fall in downstream traffic – web content received by users on their devices – at 8pm, as households went offline to put their hands together for NHS workers and others who have been battling the Covid-19 pandemic.

But soon afterwards, there was a sudden jump in upstream traffic, caused by a surge in videos being shared with friends and family on social media.

Over the past two weeks, data use on the Virgin Media network has risen gradually, with a “new normal” emerging as usage begins to level out, the company added.

Although daytime traffic levels have climbed, they remain below those experienced in the evening peak.