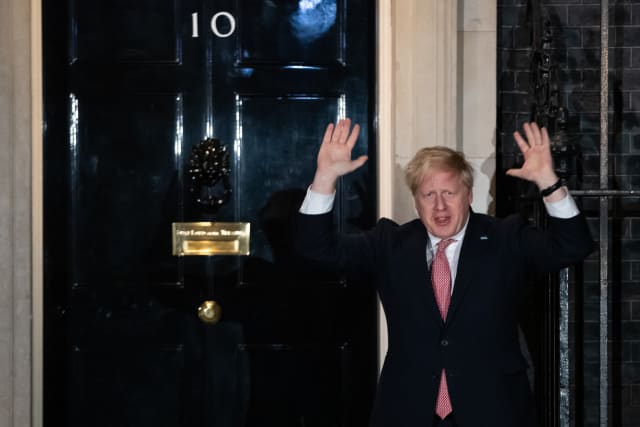 Boris Johnson will continue to lead the “national fightback” against coronavirus despite being forced to self-isolate after he tested positive for the disease.

The Prime Minister said he had mild symptoms – including a high temperature and persistent cough – and will work from his flat in Number 11 for the next week.

Mr Johnson, 55, noticed that he had mild symptoms on Thursday afternoon and received the test results at midnight, Downing Street said.

His pregnant partner Carrie Symonds is not believed to be with the PM, and is reportedly isolating alone in Camberwell, south London, with the couple’s dog, Dilyn.

In a video message posted to Twitter, Mr Johnson said: “I’m working from home and self-isolating and that’s entirely the right thing to do.

“I want to thank everybody involved and, of course, our amazing NHS staff.”

The Prime Minister’s spokesman told a Westminster briefing that the PM dialled into the daily “war cabinet” meeting from Number 11, and will continue to do so while he is self-isolating.

“He will do the same things but that will be done exclusively via teleconferencing on his part,” the spokesman said.

However Mr Johnson will not appear at Friday’s press conference.

Meals and work will be left outside the PM’s flat, while the doors between Number 10 and Number 11 have been closed off to all other staff who work in the building.

Downing Street was not aware of other senior ministers – including the Chancellor Rishi Sunak – being tested, and said that advice on social distance was being observed within Number 10.