How does the Prime Minister lead the country from self-isolation? 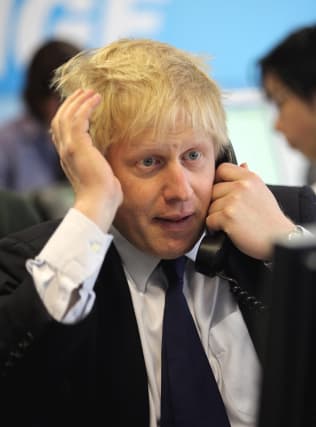 The Prime Minister and Health Secretary testing positive for coronavirus creates communications challenges for the two men leading the country’s response to the outbreak.

Boris Johnson insisted he would still be able to work with his “top team” through “the wizardry of modern technology”, and the Government’s chief scientific adviser Sir Patrick Vallance said the Prime Minister was already using “digital tools” to manage meetings.

While he self-isolates, officials will be working to ensure Mr Johnson has access to the information he needs, as well as staying in touch with key personnel.

Earlier this week, the Prime Minister was pictured speaking to the Cabinet using the Zoom video conferencing platform that has exploded in popularity during the virus outbreak.

This was despite Ministry of Defence staff being banned from using it amid security fears.

Alan Woodward, professor of cyber security at the University of Surrey, said the Government would be able to rely on “secure telephone units” to help Mr Johnson make important phone calls from Downing Street.

“Inside Government they have a secure telephone system, it used to be called Brent two,” he said.

“The Prime Minister is lucky he lives above the shop, he’s got one there, and it doesn’t take much to fit them, so people like Matt Hancock doubtless has one.

“So just talking is simple and you can talk at the highest levels of classification on it.”

The Queen has already been pictured at Windsor Castle holding her weekly audience with the Prime Minister by telephone.

Prof Woodward acknowledged that the use of Zoom by Cabinet had “raised eyebrows”, with the company having “fairly serious security problems” in the past, but none he was currently aware of.

Prof Woodward said: “I’m sure that the national cyber security centre will be looking at these things to make sure there are no holes.”

He added: “Zoom does support end-to-end encryption but obviously it’s not necessarily been tested to work at the highest levels.”

Prof Woodward said officials will be ensuring communications channels use encryption, and will be relying on the existing Government secure intranet for some emails.

This intranet can be used up to a certain level of classification, with even more secure networks also existing, he explained.

“I don’t see it being a huge issue for them in terms of security, because they do it as a matter of routine anyway.”

Prof Woodward also highlighted that much of Mr Johnson’s information is received in physical form through his ministerial red box.

Catherine Haddon, a senior fellow at the Institute for Government, suggested the Prime Minister would be receiving more digital information in the near future.

She also said the earlier selection of Foreign Secretary Dominic Raab as a stand-in for Mr Johnson in case he became unwell solved any political problems among ministers.

“They were already doing a certain amount of remote working, we know that Cabinet has been using video conferencing, so has the G7, G20,” she said.

Ms Haddon emphasised that Mr Johnson said his conditions were mild so his workload capacity was unlikely to change much.

She explained the Government’s Cabinet system allowed ministers to deputise for the Prime Minister should he become more unwell, such as by chairing the Cobra committee.

Ms Haddon added: “I assume that one of the reasons for naming Raab as the ‘designated survivor’, the phrase that has been used possibly inappropriately, is to avoid any political battle if there was suddenly a vacuum at the top.

“It’s more about the political leadership in all of this, rather than constitutional or Government decision-making processes.”

She added: “By saying that it will be Raab, they are giving him some political legitimacy to avoid any battles over that, so you don’t have Cabinet then being undecided as to who that person should be.”