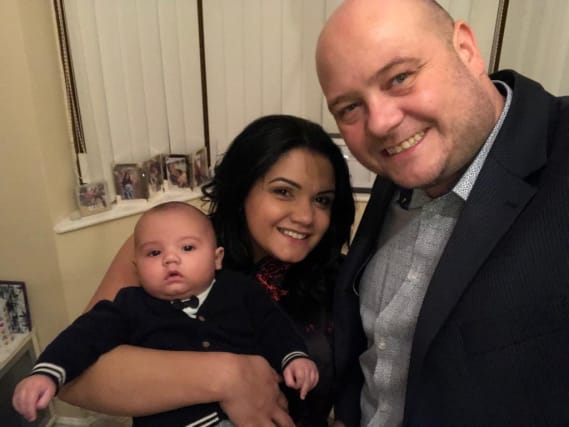 Families are being frustrated in their attempts to move home as coronavirus puts a freeze on the property market.

Lewis Jones, an electrical engineer from Newport, was told by the developers of his new-build home that they would not delay his completion date, despite the fact he was unable to move due to the current restrictions.

The lack of removal men, and the health risk of moving has left Mr Jones, 34, unable to move, meaning he now has to pay bills at his rented property as well as his new home until he is able to make the move.

“I’m frustrated with the Government as they should put a stop to this to protect people and avoid unnecessary travel,” he told the PA news agency.

He argued that the developers “could be more lenient”, adding: “I’m paying for a house that I may not be able to move into for some time.”

Stuart and Kedma Woodmansey from Hull and their six-month-old son Jacob are unable to move because they can’t get a gas safety certificate due to staff self-isolating.

The security consultant and his wife, a 39-year-old carer, were due to leave their current property next Wednesday to move to Market Weighton.

“It could be a month before we are able to complete and our house is all boxed up.”

The couple remain positive, however, with Stuart saying: “I can understand the worry and feel frustrated but it’s bad timing. We have to find a way around it as does everybody else.”