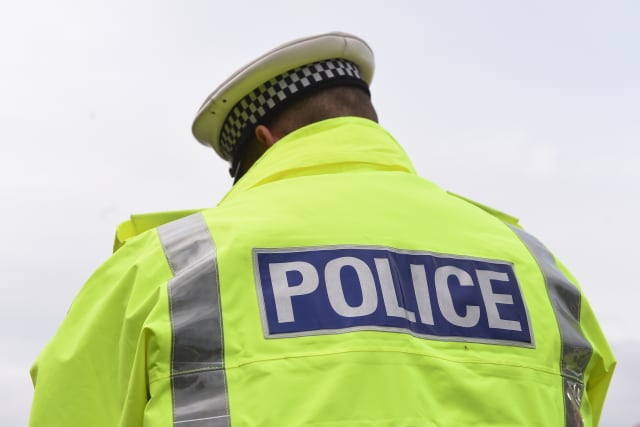 A woman motorist was pulled over and asked to pay a £60 “fine” for unnecessary travel by bogus police.

Humberside Police had to explain that it was not stopping vehicles in relation to Covid-19 following the incident near Brandesburton, East Yorkshire, on Friday.

A force spokeswoman said the woman reported that she was signalled to pull over on the Leven bypass by two men in black zip-up hoodies, carrying walkie talkies and wearing earpieces.

A spokesman said the men demanded she pay a £60 on-the-spot fine in cash for unnecessary travel but she refused and they drove off.

Chief Superintendent Darren Downs said: “I would like to make clear that our current approach to new legislation and powers does not involve routinely stopping any vehicles to enquire where people are driving to and if it’s an essential journey.”

He said: “There are no checkpoints or stop areas in place and drivers will not be pulled over by officers to just ask where they are going, unless it is in response to a specific event, for example we see or become aware of a number of vehicles that are travelling to a mass gathering.”

Mr Downs said: “The fines that have been granted as a power to use as part of the new legislation are a very last resort, and if enforced, they would never be an ‘on-the-spot’ fine.

“A fixed penalty notice would be issued to the individual with the instructions on how to pay within a certain period of time.

“If you are stopped by anyone who appears to be portraying themselves as an official, always ask to see some form of identification and if you are concerned for your safety or are in danger, immediately call 999.”

The incident happened as police warned people not to fall for a bogus text message saying they have been fined for stepping outside during the lockdown.

The latest in a series of scams related to the virus claims to be from the Government, telling the recipient their movements have been monitored through their phone and they must pay a fine or face a more severe penalty, the Chartered Trading Standards Institute (CTSI) said.

“I am appalled and infuriated at the ways unscrupulous individuals exploit this situation.

“We see new scams daily, and I would urge people to seek advice before replying to any messages they receive.

“Anyone who receives this text should ignore it. It is simply another ruse to steal the payment details of users.”

In all of these cases, do not click or tap any links that these messages ask you to.”

Police can order members of the public to go home or leave an area, have the power to disperse a group, using “reasonable force”, and can make arrests if someone refuses to comply.

Those who ignore the tougher restrictions could be hit with a £60 fine initially – reduced to £30 if paid within 14 days – and another for £120 for a second offence.