Arrangements made for students missing exams in Wales 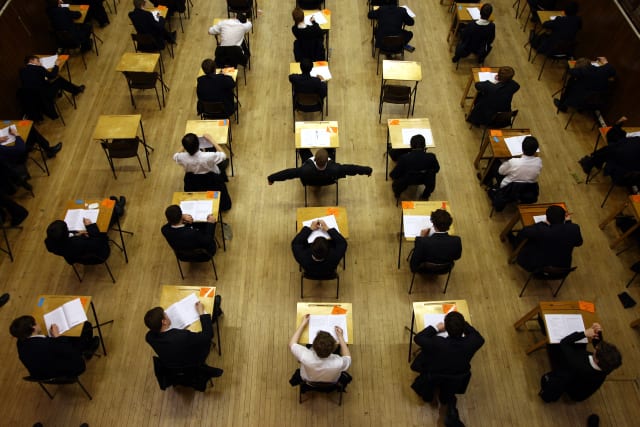 Teenagers who were due to sit exams this summer in Wales as part of their A-level and GCSE courses will not sit them at a later date, the Education Minister has announced.

Year 10 and Year 12 students will still receive grades this year which will be calculated using a range of evidence, including teacher assessments.

Education Minister Kirsty Williams said the decision was based on advice from Qualifications Wales and the Welsh Joint Education Committee, and was made after exams were cancelled because of the coronavirus outbreak.

In an online question and answer session earlier this week with Ms Williams, teenagers raised their concerns about what would happen instead.

“In these unprecedented times, it’s vital we provide as much certainty to young people as we can, especially those who were due to sit important exams this summer,” Ms Williams said.

“This has not been an easy decision, but I’m confident these measures for Years 10 and 12 are the best way forward and will provide clarity for those students who were anxious about how their hard work would be recognised.

“Since the decision to close schools and cancel this summer’s exams, we have worked as quickly as possible to develop the detailed information students need.

“I would like to thank students for their patience and I will continue to provide updates to students as soon as I can.”

Next summer, current AS-level students will have two options for their A-level award. They will choose whether to:

– only sit the A2 units, with the A-level grade based on their performance in the A2 units.

– or sit both the AS and A2 units. They will be awarded the best grade from either route.

Year 10 students who were due to sit exams that would have led to a GCSE this summer will be issued a grade in the same way as those in Year 11. The grade will be based on evidence including teacher assessments during the academic year to date.

Those who were due to sit exams leading to GCSE results next summer will not receive a unit result. Instead, they will have two choices, to either:

– sit only the units they plan to take in summer 2021, with their GCSE grade based on that performance only.

– or sit the Year 10 units in summer 2021, along with the Year 11 units. They will be awarded the best grade from either route.

Philip Blaker, chief executive of Qualifications Wales, said: “We welcome the minister’s decision, which provides greater clarity on this summer’s exams for everyone involved in these qualifications.

“In very difficult circumstances we think this offers the best approach for learners studying for AS and those in Year 10.

“Beyond this, there is more work happening to find solutions across other qualifications. We remain focused on doing the right thing to protect learners at this disruptive time and we will continue to update as often as we possibly can.”