‘The flame has gone out of my life’, says victim of James Bond gun burglary 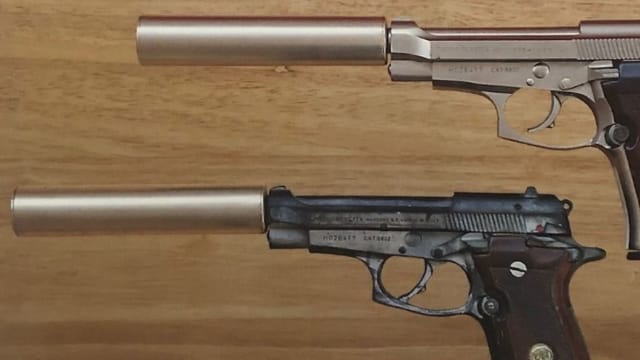 A James Bond memorabilia collector who had rare guns from the films stolen from his house has spoken out about the pain the burglary has caused.

Burglars took five deactivated guns used in a range of James Bond films from a house in Enfield, north London, on Monday evening.

Two pistols from Die Another Day and the Walther PPK handgun used by Roger Moore in A View To A Kill are among the weapons reported taken.

The weapons form part of a large collection started 50 years ago by engineer John Reynolds and were some of his most treasured items.

He told the PA news agency: “I sat facing the wall for the next two days. The flame has gone out of my life.

“If the CID hadn’t knocked on the door to discuss what had happened and how to move forward I would probably still be sitting staring at the wall.”

Mr Reynolds, 56, started his collection as a child and said the assemblage of memorabilia is as important to him as breathing.

He now owns hundreds of pieces of Bond memorabilia including posters, items of clothing and around 60 other guns.

He said: “It’s probably the finest collection of its type under one roof and the daft thing is the people who broke in went straight past all of that and ignored everything and didn’t know what it was.

“If they had known what was in the house they would have taken a lot more, it would be completely empty.”

The rest of the items, worth hundreds of thousands of pounds, have now all been moved into storage after the burglary.

Police have said the guns are highly distinctive and a Magnum, covered in chrome and used by Moore, is the only one in the world.

Mr Reynolds said: “I never really intended to go down this route.

“If you’re not interested in memorabilia or the industry you don’t really realise that these artefacts are out there and can be obtained.

“If somebody is obsessed with cars, motorbikes, anything, if you’re obsessed and someone takes that away from you it means something.”

The other stolen weapons include a Llama 22 calibre handgun from Die Another Day, and a Revolver Smith and Weston 44 Magnum featured in Live And Let Die, which was bought for £25,000.

The collection of weapons was about to be sent to the Royal Armouries Museum in Leeds for an exhibition prior to the burglary.

Mr Reynolds added the burglary took place while he was working, after volunteering to take a night shift after the coronavirus pandemic affected staffing levels.

“That’s a real kick in the teeth for doing your civic duty,” he said.

While officers from the Metropolitan Police continue to investigate, Mr Reynolds said he was unsure if the items would be returned to him.

He said: “They can never surface. It can’t surface at any major auction house because it doesn’t have the required paperwork.

“They can’t put it on eBay because it’s a firearm, they’re limited in how they get rid of them.

“Quite frankly they’re either going to sell it to someone they just met in the pub for £500 or they’ll be used in crime.”

Anyone with information is urged to contact North Area CID via 101, or by tweeting @MetCC quoting CAD 5890/23MAR20.