Pressure must be eased on jails during coronavirus crisis, say Lib Dems 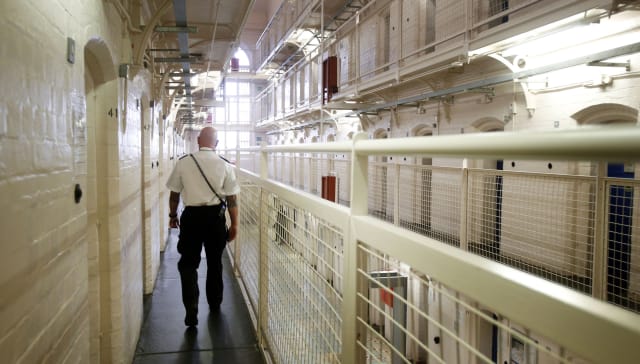 The Scottish Government should look to reform the prison system to ease the effects of the coronavirus outbreak, a Liberal Democrat MSP has said.

In a letter to Justice Secretary Humza Yousaf, Liam McArthur said as few people as possible should be put in jails while they await trial.

The Lib Dems’ justice spokesman also proposed changes to ease pressure on prisons and cool possible tensions, such as an estate-wide rollout of in-cell phones.

The letter comes after Mr Yousaf addressed Holyrood on his department’s response to the outbreak.

In the statement, the Justice Secretary said he will consider releasing some inmates if it is necessary to tackle the pandemic.

Mr McArthur’s letter, sent on Thursday, said: “Placing people in an estate that is already overcrowded to await trials that will certainly face delay will create needless and potentially unmanageable pressure.

“Now more than ever we must fight the instinct to place people on remand so that it is only used for those who genuinely pose a threat by being in their community.”

Mr McArthur also said the rollout of in-cell phones to allow all inmates to speak to “verified contacts” could take the pressure off the prison healthcare system and allow more resources to be used in controlling the spread of the virus.

He wrote: “I would also urge you to consider an estate-wide rollout of the in-cell telephony trialled in some establishments last year.

“I understand in other places this technology had resulted in a 40% reduction in violence levels, alongside decreases in instances of self-harm.

“Self-isolation and lockdown has already impacted how prisoners can maintain contact with their friends and families.”

He added: “Giving prisoners the ability to speak to verified contacts would be likely to lessen the impact of increased hours spent in cells.

“It could be the vital lifeline that makes the difference between life and death for some.”