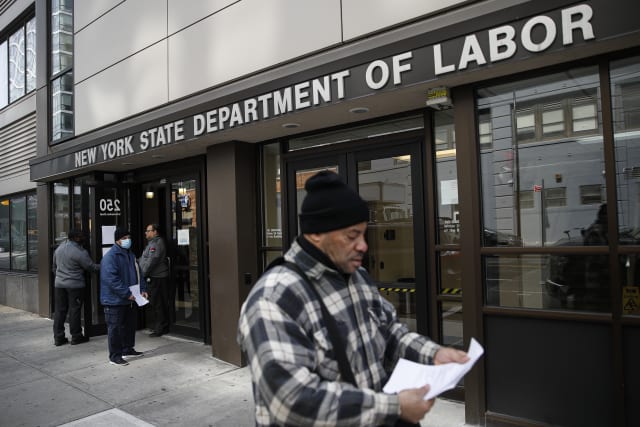 Markets continued to enjoy the extra promises of cash from central banks and governments around the world to ensure what will be a recession avoids becoming a depression.

Instead, traders preferred to take heart from the G20 leaders offering support for the global economy, and held out hopes for a positive announcement from the UK Chancellor Rishi Sunak.

His announcement that self-employed workers will be able to claim similar levels of support to those in full-time roles is likely to be welcomed on Friday by markets.

The G20 added that they will inject five trillion dollars (£4.11 trillion) into the global economy, which played a role.

David Madden, market analyst at CMC Markets, explained: “The group confirmed they will take the required steps in terms of healthcare as well as financing to tackle the emergency.

“The united front from the world leaders helped market confidence, because as far as the West is concerned, the battle is in its infancy.”

But Connor Campbell, analyst at Spreadex, said the US job figures, which showed a jobless rise of three million in a week, could have an impact down the line.

He added: “At the start of the year, that jobless claims reading was unimaginable. Today it actually fell short of some analysts’ top-end estimate of four million.

“Regardless, it is a truly alarming figure whichever way you slice it, yet one that failed to send the markets into another downward spiral.”

In company news, Dixons Carphone managed to pull an impressive 10p rise to 90.72p out of the bag, as it revealed that sales of electrical goods have soared by more than a third recent as shoppers prepared for the coronavirus lockdown by upgrading their laptops and televisions.

Though all stores have been closed since earlier this week, it is seeing “very strong” online trading, helping to offset some of the lost in-store revenue.

Shopping centre owner Intu did much worse, dropping by more than 0.26p to 3.79p on a day when the stock exchange looked up.

The company said that it had only managed to gather 29% of its usual rents on Wednesday, the deadline for second-quarter payments.

Daily Mail and General Trust (DMGT) and Reach – owners of Mirror and Express titles – both warned they expect financial hits from the coronavirus pandemic, as advertising and other revenues weaken.

But investors were happy to take the risk, with shares closing the day up 18p at 677p in DMGT and Reach flat at 97p.

Uplifting news: Over The Rainbow recitals and vicars getting creative