Virgin Australia slashes 90% of domestic capacity and 8,000 jobs amid pandemic 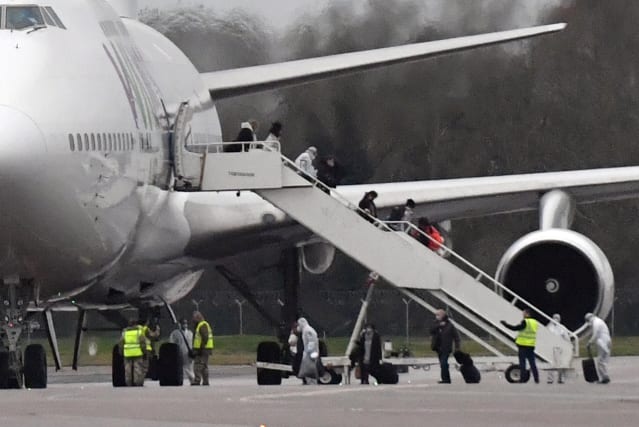 Virgin Australia has cut 90% of its domestic capacity and stood down at least 8,000 people as the coronavirus pandemic continues to disrupt the aviation sector.

The company, which also owns budget carrier Tigerair Australia and is one of two major domestic providers, said in a statement that it was grounding 125 planes from Friday and 80% of its 10,000-strong workforce had been asked to take leave without pay.

It added that all Tigerair flights would be suspended “effective immediately” as part of the measures it expects to continue until at least the middle of June.

Virgin Australia managing director Paul Scurrah said his company had been force to take “extraordinary steps” in response to the latest official directions, which include the closures of state borders.

“We are now facing what will be the biggest grounding of aircraft in this country’s history,” Mr Scurrah added.

The firm had previously imposed measures including closing its domestic airport lounges and suspending international flights from Monday.

Meanwhile, Qantas shares soared as much as 31.27% in early trade on Tuesday after the company refinanced with 1.05 billion Australian dollars (£531 million) in loans.

Earlier this month the company was forced to reduce capacity by almost a quarter due to the pandemic.

The airline said that a “sudden and significant drop” in demand meant it had to reduce the frequency of flights and the size of aircraft.

The cutbacks saw 38 aircraft grounded, services to London re-routed around Singapore and staff asked to take annual and unpaid leave.

It came as the carrier prepared to operate the first non-stop flight from Darwin to Heathrow as travellers struggle to return to the UK.

Its flagship Sydney to London service usually flies via Singapore but, due to travel restrictions on international journeys, the airline has been forced to find an alternative route.

The temporary route will only operate this week, before Qantas suspends all international flights until May 31 at the earliest.