There is enough protective equipment for doctors, top medic insists 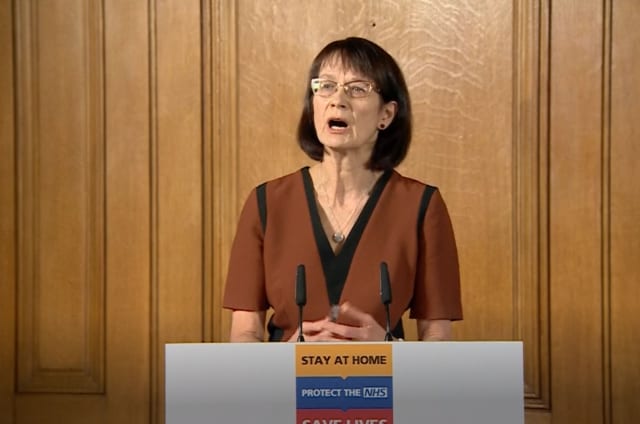 One of the country’s top doctors has insisted there is enough personal protective equipment available for medics across the UK.

The Government’s Deputy Chief Medical Officer Dr Jenny Harries said: “There is kit available to go around the country currently.

“I do know there were a few distribution problems at the start because we have never had to deal with this sort of demand in our health service before, but we have drafted in the Army to help distribute and I know that all hospitals have had new stocks going into them this week, including through the night to make sure they reach the front line.”

Dr Harries also said the masks used in the UK are of a higher specification than those recommended by the World Health Organisation (WHO).

It comes after the chairman of the Doctors’ Association UK, Dr Rinesh Parmar, claimed medics will be forced to leave the profession over a lack of protective equipment available to safely treat patients during the Covid-19 pandemic.

Dr Harries made the comments in a webchat on Mumsnet on Wednesday, as she answered questions about the pandemic from parents.

She used the online discussion to cover a range of topics including household cleaning and social distancing for the over 70s, and reiterated a number of the Government’s instructions for slowing the spread of the virus.

There was some confusion over the question earlier in the week when Government minister Michael Gove appeared to U-turn on whether children would be allowed to move between their parents’ houses, eventually saying that would be permitted.

Dr Harries told the webchat it would be better to keep households as set groups for the near future, but “the Government recognises that there are safety and wellbeing issues as well as the virus to deal with”.

She added: “So the advice is try to keep in separate households but it’s important that families focus on the most important wellbeing issues for their children at this time.”

Mumsnet was established as a parenting forum 20 years ago.

According to Mumsnet, it has around 10 million unique visitors per month and approximately 100 million page views.

Coronavirus: How could contact tracing apps help the UK out of lockdown?

Motorist criticised after crashing while driving 10 miles to walk dog