Scotland’s economy ‘could take years to recover from coronavirus’ 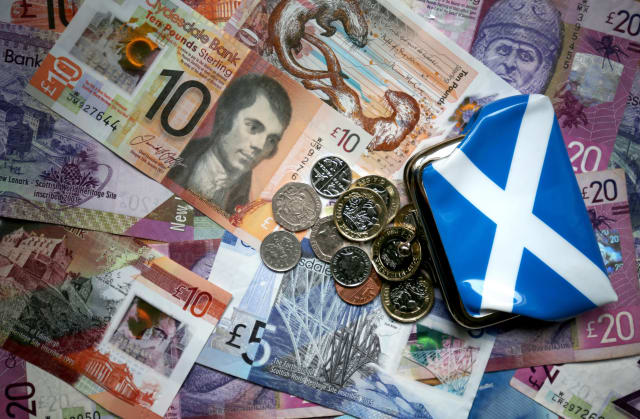 It could take years for the Scottish economy to recover from the “unprecedented shock” of the coronavirus epidemic, a think tank has warned.

The Fraser of Allander Institute said the economy that emerges on the other side of the outbreak will look very different.

It said many businesses hoped the impact of Covid-19 would be a “V-shaped” recession, with the economy bouncing back as restrictions are lifted.

But the scale of the recent lockdown, along with the fact certain measures will last for months, means a longer downturn is considered more likely.

The sharp reduction in “social spending” will hit hotels, cafes and restaurants badly.

The tourism and entertainment sectors make up 13% of the Scottish economy and 19% of employment.

In a special report on the economic impact of coronavirus, the institute said the expected recession could have “scarring” effects lasting years.

Rural communities are particularly exposed as many people have jobs connected to tourism, it said.

Universities that rely on foreign students could also endure a reduction in demand in the coming years, the report found.

The think tank said jobs could look very different even after the economy recovers, with “more home working and greater use of technology”.

While it said it is still too early to tell the exact extent of the economic impact, the institute suggested it could ultimately lead to a “new social partnership between the state and business”.

The report notes that: “The crisis comes on the back of three and a half years of Brexit uncertainty, which has stalled investment and eroded confidence.”

Professor Graeme Roy, director of Institute, said: “The large-scale mothballing of our economy in response to the public health emergency is unlike anything we have seen since the Second World War.

“Businesses and policymakers always knew that a global pandemic represented a major risk to our highly integrated global economy.

“But the pace at which this crisis has escalated has caught many off-guard.”

He added: “Assuming that the public health emergency will pass in the coming months, the hope of many is the economy should come out the other side with only a limited hit to its long-term productive capacity.

“But this is looking increasingly overly optimistic. The scale of the shutdown in our economy is so large it will take months, if not years, to recover. Key now will be ensuring that long-term scarring effects of any recession can be mitigated as much as possible.

“The economy that emerges from this, from the shops on our high street through to day-to-day working practices, is likely to look quite different.”