Prince of Wales self-isolating after testing positive for coronavirus 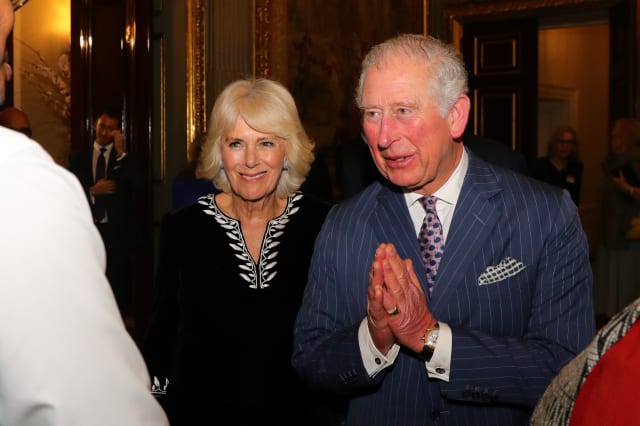 The Prince of Wales has tested positive for coronavirus but is only displaying mild symptoms, Clarence House has announced.

Charles, 71, is self-isolating at home in Scotland with his wife, the Duchess of Cornwall, 72, who does not have the virus, a statement said.

– NHS England’s medical director said hundreds of thousands of tests for Covid-19 per day could become a reality within weeks.

– Parliament is set to adjourn for an early Easter break after emergency legislation to tackle Covid-19 is approved.

– The Prime Minister confirmed that ministers are considering asking black taxi drivers to act as a transport service for NHS workers.

– A total of 435 patients who tested positive for coronavirus had died in the UK as of Wednesday, however the latest figures for England have not yet been announced.

Clarence House – Charles and Camilla’s official London residence – said the prince “remains in good health and has been working from home throughout the last few days as usual”.

“In accordance with Government and medical advice, the prince and the duchess are now self-isolating at home in Scotland,” a statement read.

“The tests were carried out by the NHS in Aberdeenshire where they met the criteria required for testing.

“It is not possible to ascertain from whom the prince caught the virus owing to the high number of engagements he carried out in his public role during recent weeks.”

In Westminster, the Prime Minister insisted the Government is “working as fast as we possibly can” on a package of support to help the self-employed despite “particular complexities” amid growing political pressure.

Last week, the Government announced an unprecedented plan to underwrite the wages of millions of workers who face being laid off as activity dries up – but it has been criticised for doing nothing for the country’s five million freelancers, contractors and other self-employed workers.

Mr Johnson told MPs during Prime Minister’s Questions: “We will do whatever we can to support the self-employed, just as we are putting our arms around every single employed person in this country.”

His comments came after outgoing Labour leader Jeremy Corbyn said the self-employed are having to “choose whether they go to work or stay at home or face losing their entire livelihood”.

Mr Corbyn, appearing at the despatch box during PMQs for the last time as Leader of the Opposition, also raised concerns about British citizens abroad, many of whom he said “feel a bit abandoned” by the Government.

The PM said ministers are “doing everything we can” to bring back British nationals from overseas.

Elsewhere, Professor Neil Ferguson, from the School of Public Health at Imperial College London and a member of the Science Advisory Group for Emergencies (Sage), which advises the Government, said current predictions are that the NHS will be able to cope if measures are followed.

“There will be some areas that are extremely stressed but we are reasonably confident – which is all we can be at the current time – that at the national level we will be within capacity.”

Prof Ferguson said widespread testing is needed to help move the country from suppression measures and lockdown into something it can manage long-term.

He added: “We clearly cannot lock down the country for a year.

“The challenge that many countries in the world are dealing with is how we move from an initial intensive lockdown … to something that will have societal effects but will allow the economy to restart.

“That is likely to rely on very large-scale testing and contact tracing. It should be stated that the entire world is in the very early stage of developing such strategies.”

Prof Ferguson said the hope is that once the lockdown is lifted, the infection can be kept at manageable levels.

He said: “There will be some resurgence of transmission but the hope is that, by employing more focused policies to suppress those local outbreaks, we can maintain infection levels at low levels in the country as a whole indefinitely. It remains to be seen how we achieve this and how practical it proves to be.”

Regarding when the UK will hit its peak of Covid-19, Prof Ferguson said that if people follow social distancing and stay indoors, then intensive care demand will peak in approximately two to three weeks and then decline thereafter.

UK deaths from covid-19 are “unlikely” to be more than 20,000, as previously predicted, but “it could be substantially lower than that”, Prof Ferguson also told the committee.

Meanwhile, a coronavirus vaccine could be ready in as little as six months, although a timescale of 12-18 months is more likely in order to get through the testing stages and into mass production, Andrew Pollard, professor of paediatric infection and immunity at the University of Oxford, said.

Asked whether 12 months is the earliest possible time that a vaccine could be ready, he said: “I believe that six months is possible, but it needs a lot of things to fall in place in order for that to happen, including for the upscaling to go well, for the trials to be conducted in a way that allows us to demonstrate that there is efficacy.”

It came as Professor Stephen Powis, NHS England’s medical director, said the NHS could start testing hundreds of thousands of people per day for Covid-19 within a matter of weeks.

Prof Powis told LBC: “We want to get hundreds of thousands of tests ramped up in the next few weeks per day.”

Asked to clarify whether he really meant hundreds of thousands of tests per day, Prof Powis said: “That’s what we are aiming for. That is what we want to ramp up to, but remember this is a new virus and we’re starting from scratch.

“All of this is ramping up and increasing as we speak but, yes, you heard me correctly, we need to get to hundreds of thousands of tests a day, and we will do that over the course of the next few weeks and we will be making tests available to NHS staff within the next few days.”

Professor Sharon Peacock, director of the National Infection Service at Public Health England (PHE), told the Science and Technology Committee that the public will be able to carry out coronavirus antibody tests at home.

She said 3.5 million tests have been bought and will be available in the “near future”.

She added that the tests will also allow key workers – like doctors and nurses – to go back to work if they have developed antibodies.

Prof Peacock said a small number of tests would be tested in a laboratory before being distributed via Amazon and in places like Boots.