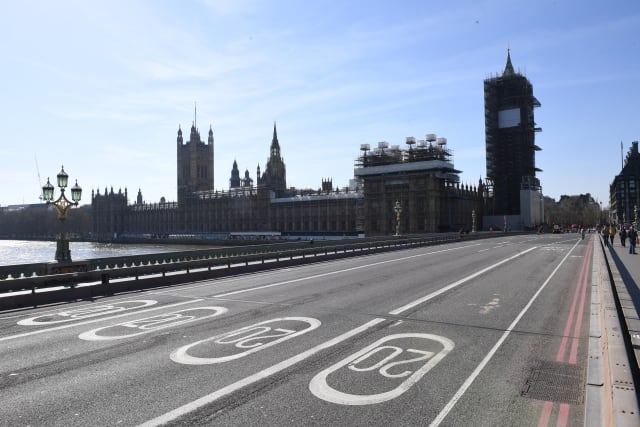 MPs have been left divided over the expected early closure of Parliament during the coronavirus outbreak, with some demanding guarantees over when it will return.

Commons Leader Jacob Rees-Mogg has tabled a motion for the chamber to rise until April 21 once emergency legislation to deal with the spread of Covid-19 has been approved by Parliament.

It will mean MPs break from their duties in Westminster almost a week early, with the initial recess date for Easter having been set for March 31.

Mr Rees-Mogg said it is “obviously important” that Parliament sits after recess, noting that the situation will be kept “under review” in line with medical advice.

Labour leader Jeremy Corbyn backed the early recess, although he raised concerns over Parliament’s ability to hold the Government to account in the coming days and weeks.

SNP chief whip Patrick Grady welcomed the decision and said parliamentary business listed for the week of April 21 “must be extremely provisional”, adding that social distancing guidance during that time must also be respected.

Conservative former Cabinet minister Theresa Villiers said she understood the decision but warned that “huge questions” are yet to be resolved, including on protective equipment for health staff, virus testing and Britons trying to get home from overseas.

Labour’s Wes Streeting disagreed with the move and said he was worried about how long it would be until Parliament returns, while party colleague Lloyd Russell-Moyle described the decision as “foolhardy at best”.

MPs have been following party guidance on attending debates in a bid to limit those in the chamber at any one time, but several have tested positive for the virus and many more have entered self-isolation.

In an extended Prime Minister’s Questions because of the crisis, Mr Corbyn said: “I understand it’s going to be possibly some time before the House meets again and there has to be scrutiny of what governments do.”

Prime Minister Boris Johnson said he would work with Commons Speaker Sir Lindsay Hoyle to ensure that “Parliament is also kept informed throughout the recess”.

In a separate statement, Mr Rees-Mogg told the Commons: “It is obviously important that Parliament is able to sit after the recess.

“Further discussions will therefore continue within Government with the parliamentary authorities and with Members to ensure Parliament operates safely for all those who work here.

“The legislature must be able to continue its vital democratic functions of conducting scrutiny, authorising spending and making laws – including the Finance Bill.”

Sarah Jones, Labour MP for Croydon Central, said all MPs are “Zooming left, right and centre” and said it must be possible for them to put questions to ministers via video calls.

Mr Streeting, MP for Ilford North, said: “There are so many issues we need to discuss, notwithstanding we have just given the Government unprecedented concentrated power unchecked until this House returns.”

Mr Russell-Moyle added: “I think that closing down this place early without putting sufficient measures of online debate and questions is foolhardy at best.”

“So, considering that he is doing something so extraordinary, shouldn’t he also be announcing extraordinary new measures so that we remotely can hold Government to account in this time?”

Mr Rees-Mogg replied: “Parliament is not being closed down, the date for returning has been set which is the same date as was always planned.”

Communities Secretary Robert Jenrick said Parliament should “lead by example” and follow Public Health England advice on slowing the spread of the disease.

The Coronavirus Bill is expected to receive Royal Assent and become law before the end of the day after MPs from all sides agreed to let it pass without formal votes.

It will see the powers of ministers, councils, police, health professionals and coroners temporarily strengthened during the UK’s current lockdown, which is designed to stall the spread of the deadly illness.