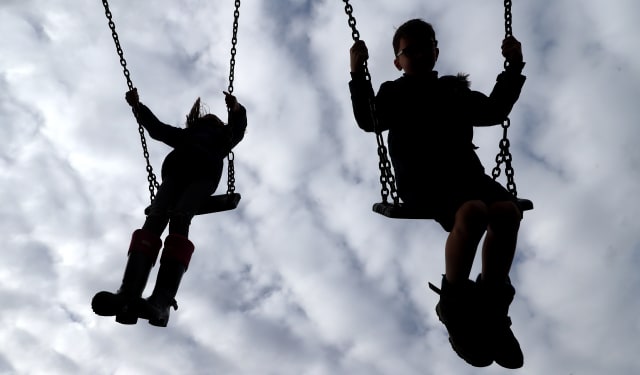 Markets swung wildly on Wednesday as investors tried to make their mind up whether Tuesday’s record gains were something to build on, or a positive blip after weeks of chaos.

The FTSE 100 started the day well, jumping by as much as 5.4%. It later swung into negative territory down 0.8%, before jumping back up to trade around 0.7% up – all before midday.

Traders have come off the back of the best day in the index’s history in terms of points gained, and the second biggest percentage increase.

Tuesday’s markets were delighted when it seemed that the US Senate was close to a deal which would likely pump up to two trillion dollars (£1.7 trillion) into the American economy.

But Russ Mould at AJ Bell, an investment platform, warned traders need to watch out for a so-called dead-cat bounce where shares fall again after a big rebound.

He said: “Investors will still need to tread carefully. Six of the FTSE 100’s 10 single-largest percentage daily gains of modern times came between September and December in October 2008 but the index only bottomed in March 2009 after further heavy falls of nearly 30% as the effects of the collapse of Lehman Brothers and the ongoing global recession continued to hit confidence, corporate earnings and cash flows.

“A hefty rise in the FTSE 100 is welcome, should it transpire, but there remains the risk that any such advance proves fairly temporary should news on the viral outbreak continue to get worse and policy measures require a longer lockdown – and potentially deeper hit to global economic activity – than currently hoped.”

There were no obvious themes to which sectors were performing the best. JD Sports took the lead at over 14%, followed by the Royal Bank of Scotland and M&G, all in double-digits.

At the other end of the scale, Rentokil dropped more than 15% despite saying it was going to train up another 2,500 staff members to become disinfectant specialists. It was followed by Melrose Industries and Imperial Brands.