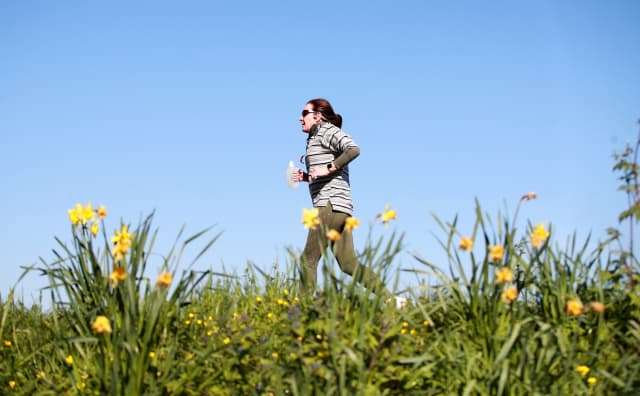 It is hoped that once the coronavirus lockdown is lifted the infection can be kept at manageable levels, an expert has said.

Professor Neil Ferguson, who is recovering from Covid-19 himself, told the Science and Technology Committee measures taken by the Government could tip the outbreak from a growing epidemic to a declining epidemic.

The director of MRC Centre for Global Infectious Disease Analysis, Imperial College London, also explained there was some uncertainty, but that if current measures work as expected, then intensive care demand would “peak in approximately two to three weeks and then decline thereafter”.

Prof Ferguson told the committee current predictions were that the NHS would be able to cope if strict measures continued to be followed.

He said: “There will be some areas that are extremely stressed but we are reasonably confident – which is all we can be at the current time – that at the national level we will be within capacity.”

Drinking from a Keep Calm and Carry On mug, he explained: “There will be some resurgence of transmission but the hope is that by employing more focused policies to suppress those local outbreaks, we can maintain infection levels at low levels in the country as a whole indefinitely.

“It remains to be seen how we achieve this and how practical it proves to be.”

Appearing via videolink, he added that it was “plausible” Covid-19 could behave like other coronaviruses and transmission could be somewhat reduced in the summer months but perhaps not by more than 10% to 20%.

Prof Ferguson said it was clear that the country could not be in lockdown for a year, and that “the long-term exit from this is clearly the hopes around a vaccine”.

“The challenge that many countries in the world are dealing with is how we move from an initial intensive lockdown… to something that will have societal effects but will allow the economy to restart,” he said.

“That is likely to rely on very large-scale testing and contact tracing.

“It should be stated that the entire world is in the very early stage of developing such strategies.”

The committee heard that the current strategy aim is to suppress transmission indefinitely until other counter-measures are put in place, including a vaccine.

It was also told that widespread testing was needed to help move the country from suppression measures and lockdown into something the country can manage longer-term.