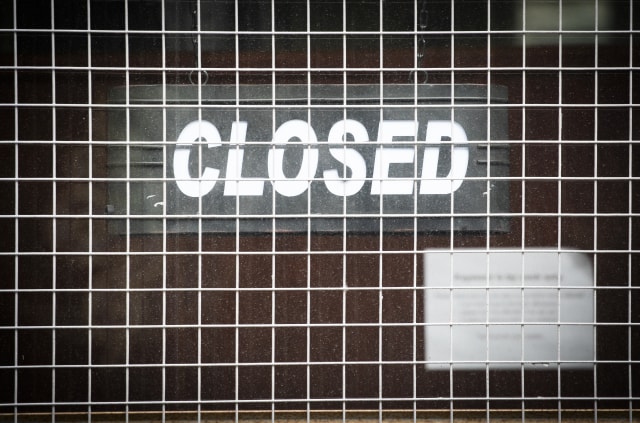 Thousands of shops up and down the country may have closed their doors for the last time this week following the Government’s coronavirus lockdown, experts have warned.

More than 20,600 retailers are expected to have pulled their shutters down for the final time by the end of the year, according to new figures, a massive leap on the 4,547 that closed in 2019.

“We expect large retail businesses to now be looking at exactly how many stores they expect to operate in 2021 and beyond in order to trade successfully moving forward.

“They will now make plans to achieve those objectives,” said Professor Joshua Bamfield, director at the Centre for Retail Research, which made the estimates.

Prime Minister Boris Johnson said on Monday that all non-essential shops would have to close for at least three weeks as the country tries to stop the spread of coronavirus.

It means job losses are predicted to reach more than 235,000, up from less than 93,000 last year. That is both in closing stores and in those cutting back on staff.

Prof Bamfield said that Government efforts to help business will have taken some of the edge off some of the closures and job losses.

However supermarkets could see an upswing, with many customers stocking up their pantries, freezers and wine racks.

The Centre for Retail Research predicts it could be the best year since 2011 for the supermarkets, though most of the 45,000 jobs created are not expected to become permanent.

The retail sector had sales of £384 billion last year and employs almost 3.5 million people both directly and in distribution and other retail services.

Alex Probyn, the UK president of Altus Group, a real estate adviser, said that high street rents were also likely to be pushed down.

He called for the Government to reset business rates on April 1 2022, but based on rents paid a year earlier.

“This will have the benefit of ensuring the next revaluation period takes account of the economic impact of Covid-19, delivering longer-term help with lower tax bills under the next cycle,” he said.