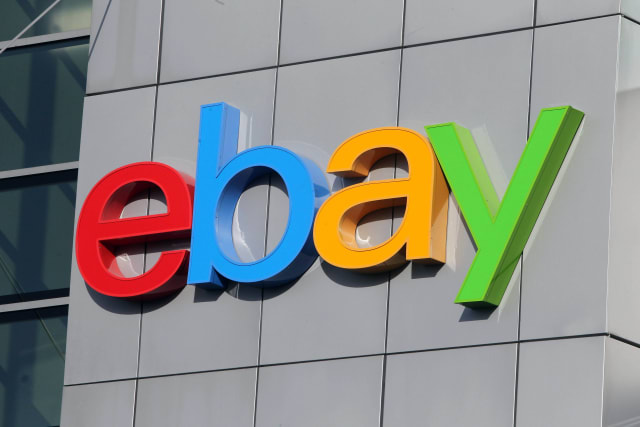 Online sellers seeking to profit from the coronavirus crisis by selling household products at inflated prices have been condemned by Number 10.

Amazon Marketplace and eBay are being urged to clamp down harder on coronavirus profiteering by sellers, after Which? found many everyday products being offered at well above their retail cost.

Boris Johnson’s spokesman said people should act with kindness and altruism during the pandemic, not be “seeking to exploit this for financial gain”.

The Prime Minister’s official spokesman said: “We are facing what is a health emergency and nobody should be seeking to profiteer from it.

“During this crisis we have seen tremendous examples of public kindness and altruism.

“Those are the examples which people should be following, not seeking to exploit this for financial gain.”

Which? said it had found overpricing of cleaning products, thermometers, baby formula and tampons.

In several cases prices were around 10 times what shoppers would normally expect to pay and in some instances the price inflation was even higher.

The consumer group said online marketplaces should bring in stricter controls to identify and prevent sellers charging unjustifiable high prices for essentials, and policies must be communicated clearly and directly with sellers.

However, both eBay and Amazon said they are taking tough action against “price gouging” – which happens when a seller dramatically inflates the price of goods – including preventing bad sellers from using accounts.

Which? searched for essential household items on eBay and Amazon Marketplace between March 16 and 19.

Examples of items it found included:

– A digital thermometer selling for nearly £300 on eBay and and almost £150 on Amazon when the typical price is around £40.

– Disinfectant which typically costs around £3 being sold for almost £30 on eBay and nearly £10 on Amazon.

– Bottles of antibacterial hand lotion which often retail for around £1 priced at more than £10 each on Amazon and eBay.

– A bottle of antibacterial hand gel normally costing around £1.50 being sold for more than £100 on eBay by multiple sellers.

– Bottles of bleach were listed for around £7 each on eBay and Amazon. Buyers would normally pay around £1 per bottle in the shops.

– Boxes of tampons priced at around £3 at Boots being sold for around double this amount on eBay.

– Packets of infant formula which usually cost around £10 being priced at about £40 on eBay.

The Competition and Markets Authority recently warned traders not to exploit coronavirus to take advantage of people through price gouging, and threatened to take strong action if the problem persisted.

Sue Davies, head of consumer protection at Which?, said: “These companies must make good on their pledges to stamp out coronavirus profiteering, and, if they fall short, the CMA must be ready to take strong enforcement action.

“The Government should consider how it will work with the retail sector as a whole to keep the price of essential items reasonable as the fallout from the coronavirus outbreak continues.”

The items flagged by Which? were removed and enforcement action has been taken against the sellers, eBay said.

The website also announced that, following an announcement on Friday to restrict sales of masks and hand sanitiser products, eBay UK is widening its emergency listing restrictions policy to include toilet roll, baby formula, nappies, baby wipes and tampons.

Only business sellers will be permitted to continue trading these items, at appropriate prices.

“For almost two months we have been introducing increasingly tougher measures to tackle this deplorable practice and will continue to suspend the accounts of those who try to exploit other users.

“The team that is monitoring and enforcing our policies has been more than doubled and we will continue to implement our zero-tolerance stance.”

EBay said a global security team has been working around the clock to remove listings and take enforcement action against unscrupulous sellers.

It said while the vast majority of non-compliant listings are blocked from appearing on eBay, a small minority are not. Due to the current unprecedented volumes, there may be some delay in items appearing on the site and being manually removed, eBay said.

Amazon told Which?: “There is no place for price gouging on Amazon.

“We are disappointed that bad actors are attempting to artificially raise prices on basic need products during a global health crisis and, in line with our longstanding policy, have recently blocked or removed tens of thousands of offers.

“In addition to removing these offers, we are terminating accounts.”

One convenience store listed 100ml of hand sanitiser antibacterial gel for £17.99, while another has a pack of 200 hygiene sanitising wipes for £29.99.

Uber responded, saying: “We are currently investigating these vendors.”