Coronavirus antibody test ‘unlikely to be available from next week’ 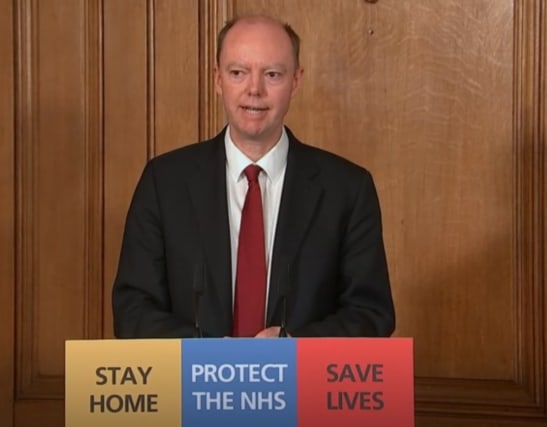 The UK’s chief medical officer has dismissed suggestions a coronavirus antibody test will be ready to buy online next week.

Professor Chris Whitty said the accuracy of the tests needed to be properly tested before they were made available for public use.

His comments come after Professor Sharon Peacock, director of the National Infection Service at Public Health England (PHE), told the Science and Technology Committee people would be able to carry out Covid-19 antibody tests at home in the “near future”.

She said 3.5 million tests – which will tell people whether they have had Covid-19 – had been bought by the Government, and some were undergoing tests at an Oxford laboratory.

She added: “Once we are assured that they do work, they will be rolled out into the community.

“Taking the test is a small matter and I anticipate that it will be done by the end of this week.

“In the near future people will be able to order a test that they can test themselves, or go to Boots, or somewhere similar to have their finger prick test done.”

Prof Peacock said the tests would be distributed through Amazon or places like Boots, and could be ready in a matter of days rather than weeks.

Last week, Prime Minister Boris Johnson said antibody tests would be a “game-changer” in the fight against the virus”.

But speaking at the daily Downing Street press conference, Prof Whitty said members of the public would not be buying these tests via the internet next week.

He stressed that frontline NHS workers would need the tests first so they could get back to work if they have already had the virus.

Prof Whitty said: “I do not think – I want to be clear – that this is something we will suddenly be ordering on the internet next week.

“We need to go through the evaluation, then the first critical uses, and then stretch it out from that point of view.

“We need to do that in a systematic way.”

He added: “The one thing that is worse than no test, is a bad test.”

Prof Whitty said experts would also be collecting information from results of the tests, and needed to make sure “the right people get the test first in order to allow workers to go back”.

He said it was the Government’s aim to be able to buy tests that would allow NHS workers to go back to work if they test negative for coronavirus.

“This is a global problem – every country wants this new test for a disease that wasn’t being tested for anywhere three months ago,” he said.

“Everybody wants it so there is a global shortage and that’s a bottleneck for us.

“The next priority is to get critical workers back to work or to say to them, ‘You have got it’. We definitely would like that.”