Chancellor to unveil financial help for self-employed amid coronavirus outbreak 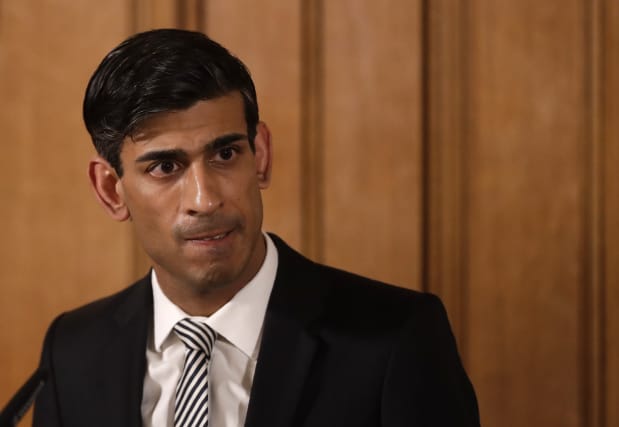 A financial package aimed at helping self-employed workers get through the coronavirus crisis will be unveiled by Chancellor Rishi Sunak on Thursday, with the Government under pressure to throw the sector a lifeline.

The move comes after Prime Minister Boris Johnson told Parliament he wanted to achieve “parity of support” so the self-employed could have similar levels of protection to waged workers.

As the Commons shut down early for Easter due to the escalating epidemic, the PM told MPs: “There are particular difficulties with those who are not on PAYE schemes as … I think the whole House understands.

“We are bringing forward a package to ensure that everybody gets the support that they need.”

He added: “I cannot, in all candour, promise the House that we will be able to get through this crisis without any kind of hardship at all.

“We will do whatever we can to support the self-employed, just as we are putting our arms around every single employed person in this country.”

Ahead of the Chancellor’s announcement, The Daily Telegraph reported one in three self-employed workers were set to ask the Government to support their wages.

The move should impact on 1.7 million of the five million self-employed, according to the Daily Telegraph.

The move comes as the health crisis continued to dominate national life with the British Medical Association (BMA) warning doctors and patients would die without adequate personal protective equipment (PPE) across the NHS.

The Department of Health said the number of positive coronavirus tests in the UK had risen by almost 1,500.

Ministers are under increasing pressure to step-up testing for coronavirus, especially among health workers.

Prince Charles tested positive for the virus after exhibiting “mild symptoms” and is self isolating in Scotland.

The BMA said there was “growing evidence that thousands of GPs and hospital staff are still not being provided with the kit they need to properly protect themselves and their patients”, despite Government assurances.

Health Secretary Matt Hancock has said millions of items of PPE had been sent out in recent days, with a hotline set up so staff could report shortages.

“Even a bee-keeper wouldn’t inspect a hive without proper protective clothing.

“And yet this Government expects NHS staff to put themselves at risk of serious illness, or even death, by treating highly infectious Covid-19 patients without wearing proper protection. This is totally unacceptable.

“We are told that lorries are shipping hundreds of boxes of supplies of PPE to GPs and to hospitals, but that isn’t the reality for thousands of our members.

“The type of PPE being supplied is not in keeping with World Health Organisation (WHO) recommendations.”

Asked about the latest death toll figures, Business Minister Nadhim Zahawi told BBC2’s Newsnight: “Well, at this stage I wouldn’t interpret anything into the figures.

“I think the Prime Minister is right to say that the message is very clear – stay at home, make sure we protect the NHS and save lives.”

Housing Secretary Robert Jenrick told ITV’s Peston: “We need to get more PPE out to people working on the frontline, that’s in hospitals, it’s in social care, it’s in pharmacies and GPs’ surgeries.

“We are doing that, we are ramping up efforts very significantly, we’re taking very large stocks now, over 10 million masks for example in the last few days.

“Every social care provider in the country will get deliveries this week. We now have a PPE hotline so that those people on the front line can ring up, get the order that they desperately need.”

The comments came as more than 500,000 people volunteered to help the health service during the crisis.

The economic impact of the outbreak has also brought a large spike in the number of people applying for Universal Credit.