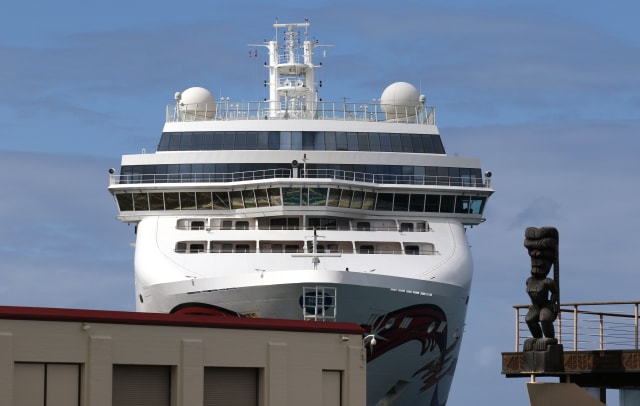 At least 33 Britons will remain in quarantine on a cruise ship after it arrives in Western Australia.

The Vasco da Gama is due to arrive in the port city of Fremantle on Friday, bringing with it 950 passengers and 550 crew.

About 800 of the passengers are Australian and will be taken to nearby Rottnest Island for a 14-day quarantine period, Western Australian Premier Mark McGowan told reporters.

There were 33 Britons on the ship who would stay aboard until they could be flown directly back to the UK, he added in comments carried by the Australian Broadcasting Corporation (ABC).

“All crew and foreign nationals will remain on the ship until arrangements are made to fly them directly out of the country,” he said.

“They will not be allowed to disembark at any time, unless it is to travel under strict supervision, directly to the airport, or they need urgent medical attention to survive.”

The ship’s owner Cruise & Maritime Voyages told The Australian newspaper it had recorded no health concerns among its passengers or crew.

The owner also said no-one has left the vessel since March 14, though some Australian and New Zealanders joined the da Gama on March 18 from Columbus, another of the company’s ships.

The ABC reported that two other cruise ships were being prevented from docking at Fremantle, about 14 miles south-west of state capital Perth.

Mr McGowan said the Artania and the Magnifica were anchored offshore.

About 25 passengers and crew of the Artania were reporting respiratory symptoms, and the premier added one passenger no longer aboard had tested positive to Covid-19 after disembarking.