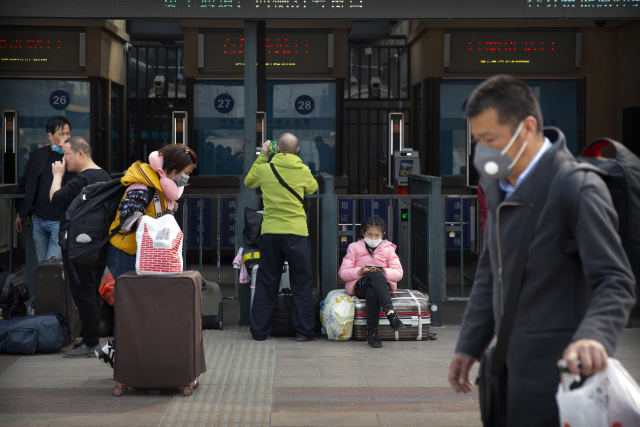 A British teacher living in China has warned people in the UK to “step up the lockdown now” and adopt stronger measures to combat coronavirus including checking the temperatures of shoppers.

The 23-year-old English language teacher, who does not want to be named, said British people need to take isolation seriously, adding China is only recovering because of the “very effective” measures introduced by the government in Beijing.

China, the first country hit by the virus, has reported no new domestic infections for several days, although some have questioned the accuracy of the figures.

The teacher, who lives in Shenzhen, China, said these included security guards measuring the temperatures of shoppers, strict social isolation and supermarket shelves being regularly disinfected.

He told the PA news agency such measures should be adopted by the UK to help stop the spread of the illness.

He said: “From what I’ve seen, the UK is not enforcing their lockdown – people are still going to the beach, cramming into stores… and I don’t think there’s any kind of temperature checks or anything like that.

“I think the UK definitely needs to step up their lockdown measures because I don’t think their current measures will be very effective.

“In China, they put in really strong steps, and their lockdown was very effective.”

“And China has shown that if you follow the measures for a month, you can drastically reduce the cases.”

He added he did not consider flying home to the UK when the outbreak began, because the Chinese authorities’ handling of the situation, such as building a hospital in 10 days, “inspired a lot of confidence.”

Travel restrictions were eased in Hubei province on Wednesday, though they remain in place for Wuhan, the virus epicentre, until April 8.

The British Government is urging everyone to stay at home, and to only leave the house for food, health reasons, or work where it is absolutely necessary.

Police have been given powers to hand out fines starting at £30 for those found ignoring this restriction.