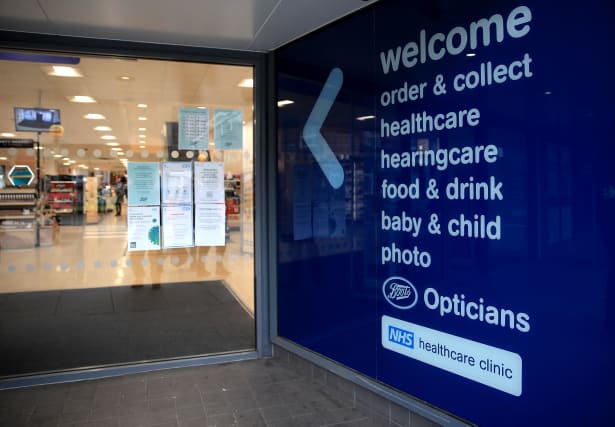 A boss at Boots said she is making the biggest decisions of her career on an hourly basis throughout the coronavirus pandemic.

Tracey Clements, chief operating officer at the health, beauty and pharmacy chain, said her role during the crisis has been “daunting” as she described sales of certain products surging by 1000% as people scrambled to get their hands on must-have items.

Hand sanitisers, soap, cough and cold medication, incontinence products, paracetamol, thermometers, tissues, baby milk and hand cream are among items that have been flying off the shelves.

Boots imposed limitations on these products meaning that customers could only buy a certain amount so that more people could get what they need.

Ms Clements said by last week the company began to see sales of dental and feminine care items also increase as people anticipated that they may have to stay at home for a while.

“As we saw those shopping habits change we changed our product limitation guidelines in accordance with what we saw selling at such high rates,” she told the PA news agency.

The hand sanitisers on their way to shops will include brands like Lifebuoy which Ms Clements said has not been seen in the UK for a while.

Reflecting on her role overseeing operations at Boots at this time, Ms Clements said: “I just remember what all of our store teams are doing, and some of them have been working 20 hour shifts.”

Customers have put up posters on Boots stores that have messages saying “Thank you for keeping us safe”.

Ms Clements said: “So whilst they work hard I continue to work hard. As a leader I have to make some of the biggest decisions of my career pretty much hourly at the moment.”

She added: “I weigh up all of the pros and cons of the situation, and I recognise that right now in this scenario you probably will find that some people may agree with your decisions and some people may not.

“Ultimately you have to make the call that you believe is the right one for the 65,000 people that you lead at Boots.

“So, yeah, at times it can be quite daunting, but I’m surrounded by a great team.

“I take their counsel, but I am pretty clear when I have a sense on something. I will make the decision and we will push forward.

“And if we get it wrong we will reflect and we will change.”

An example of a decision made in recent days by Ms Clements was when employees in the Boots beauty halls were asked to go home.

She said: “That’s essentially asking one group to be treated differently than another. And that was a very big decision, I don’t mind telling you.

“But I know I made the right one, because we have to follow the government guidance, and that is to try and keep as many people at home and to ensure that we only support essential businesses.

“Now we are an essential business, but because we’re this hybrid we made the call that our beauty department be treated as non-essential.”

Ms Clements said personal protective equipment has been issued to stores in the event of the Government asking the chain to use it.

“Just today we have been testing personal visors for colleagues in one of our local stores in Nottingham to understand how they feel about wearing those because they’ve not really ever been used in retail,” she said.

The feedback on the face visors has been positive, and if that continues the company intend to issue thousands of these to stores in the coming days.

Perspex screens will also be put up at counters, Ms Clements said.

The COO said the company has had to recruit “a lot” of people into its warehouses, distribution centres and also its Boots.com warehouse in Burton upon Trent due to a significant increase in its online business.

“From a supply chain perspective, there’s a huge need to have more people available now,” she said, adding that 400 more drivers have been recruited for their pharmacy delivery and collect service whereby prescriptions are collected from doctors’ surgeries.

This service is offered free to people over the age of 70 and in the “shielded” group at this time.