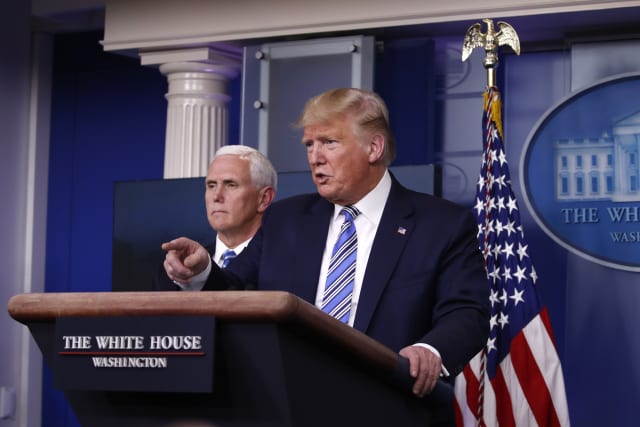 A deal appears to be at hand to provide sweeping aid to US businesses and workers facing ruin from the coronavirus pandemic, Congressional and White House officials said Tuesday.

“I don’t see any issue that can’t be overcome within the next few hours,” Mr Schumer said. “Last night I thought we were on the five-yard line. Now we’re on the two.”

Negotiators worked in the shadow of what McConnell called “the most serous threat to Americans’ health in over a century and quite likely the greatest risk to America’s jobs and prosperity that we’ve seen since the Great Depression”.

Treasury secretary Steven Mnuchin and congressional leaders engaged in final negotiations after a tumultuous but productive day on Monday.

While the two sides have resolved many issues in the sweeping package, some sticking points remained. A Senate vote could come later in the day.

Ravaged in recent days, stocks climbed as negotiators signalled a resolution was in sight.

At issue is an unprecedented economic rescue package that would give direct payments to most Americans, expanded unemployment benefits, and a 350 billion dollar (£297 billion) programme for small businesses to keep people on the payroll while workers are forced to stay at home.

A point of contention has been 500 billion dollars (£425 billion) for guaranteed loans to larger industries.

Hospitals could get up to 200 billion dollars (£170 billion) for the expected influx of sick patients, said Mr Mnuchin.

Democrats said the package would help replace the salary of furloughed workers for four months, rather than the three months first proposed.

Furloughed workers would get however much a state usually provides for unemployment, plus a one-time 600 dollars (£510) add-on.

McConnell said on Tuesday: “The urgency and the gravity of this moment cannot be lost on anyone.”

“Congress must approve the deal, without all of the nonsense, today,” he tweeted.

“The longer it takes, the harder it will be to start up our economy.”