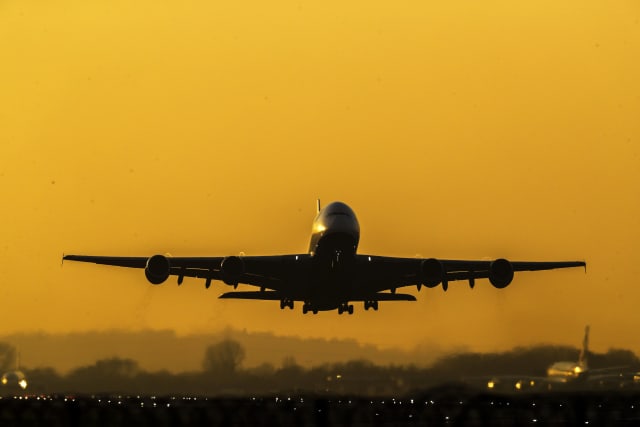 Several major airlines have no spare seats to bring UK passengers home from Spain this week, it has been claimed.

Consumer group Which? said travellers wanting to leave the UK’s most popular holiday destination before it closes hotels on Thursday night as part of a coronavirus shutdown are unable to book flights with Ryanair, easyJet and Jet2.

The Foreign and Commonwealth Office (FCO) is urging all British travellers to return to the UK as soon as possible, warning that further closures to air routes may occur without notice.

Last week Foreign Secretary Dominic Raab said as many as almost one million British nationals could be travelling abroad.

Many are at risk of being stranded due to airlines grounding planes because of a drop in demand and an increase in travel restrictions, although airlines are operating some rescue flights.

Sandra and Lewis Will had a flight booked with Ryanair from Alicante to Aberdeen on Thursday, which was cancelled.

They re-booked for Sunday, only for that flight to also be cancelled.

Ms Will said: “We are in our 70s and I have recently been released from a Spanish hospital after having a mini stroke, so this kind of stress does not help.

“We are in Spain under lockdown, hoping at some point there will be rescue flights for all the abandoned people.”

Which? advised passengers not to accept a refund from their airline if their flight is cancelled and they still need to get home, as that means the carrier is no longer responsible for re-routing them.

Britons are stranded in countries around the world, including Peru, which closed its borders for at least 15 days from March 16.

The FCO has said it is working with the Peruvian authorities to organise “several repatriation flights”.

Rory Boland, editor of Which? Travel magazine, said: “While it’s right British travellers are being urged to return to the UK, the reality is that there are now thousands of UK residents stranded in dozens of different destinations with no means to get back.

“The Government must improve its communication and provide British citizens fearful of being stranded abroad with useful advice.

“Where scheduled services have been withdrawn, it should leave no stone unturned to get these people on flights home.”

Ryanair boss Michael O’Leary said the airline is “continuing to work with EU governments on rescue flights to return stranded passengers to their home country”.

He added that he expects most of its scheduled flights to be cancelled from Tuesday, and it does not expect to resume them until June at the earliest.