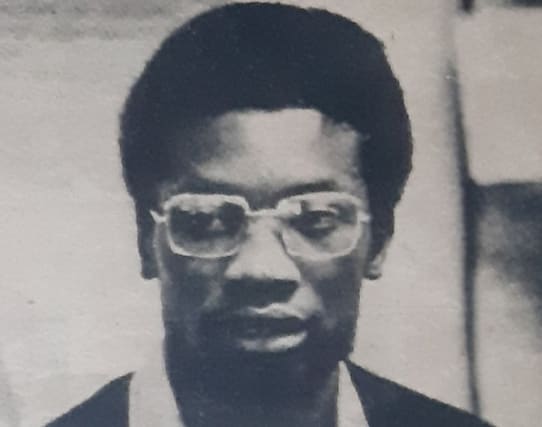 British Transport Police are facing calls for a “wholesale review” of all cases linked to a corrupt police officer who “fitted up” four young black men nearly 50 years ago.

Winston Trew, Sterling Christie, George Griffiths and Constantine “Omar” Boucher were arrested at Oval Underground station in 1972 by a police unit known as “the mugging squad”, led by Detective Sergeant Derek Ridgewell, who accused them of stealing handbags.

The “Oval Four” were convicted in November 1972 of attempted theft and assaulting police, and Mr Christie was also found guilty of theft of a handbag, following a five-week trial at the Old Bailey.

All four – who always vehemently denied the charges – were sentenced to two years, later reduced to eight months on appeal.

But their convictions have now all been overturned as a result of the corrupt actions of DS Ridgewell, who had previously served in the South Rhodesian (now Zimbabwean) police force and was involved in a number of high-profile and controversial cases in the early 1970s before his career ended in disgrace.

Mr Trew, now 69, Mr Christie, now 70, and Mr Griffiths, now 67, had their convictions overturned by the Court of Appeal in December, after a referral by the Criminal Cases Review Commission (CCRC) earlier in 2019.

On Tuesday, Mr Boucher, now 71, also finally had his name cleared after he contacted the CCRC shortly after his friends’ convictions were quashed.

At a hearing which took place in London with lawyers dialling in by telephone, Lord Justice Fulford – sitting with Mrs Justice Carr and Mr Justice Goss – said the safety of Mr Boucher’s conviction was “fundamentally undermined by the apparent lack of integrity of DS Ridgewell and the team he led”.

The judge added: “It is clear that Mr Boucher’s conviction is unsafe. It is highly unfortunate that it has taken nearly 50 years to rectify this injustice.”

In a statement after the hearing, Mr Boucher’s solicitor Jenny Wiltshire, head of serious and general crime at Hickman & Rose – who also represented Mr Trew and Mr Christie – said: “While it is, of course, happy news that Mr Boucher’s conviction has been quashed, the fact that it has taken nearly so long is very concerning.

“The British Transport Police and the Home Office have known about this officer’s corruption for decades. Yet they have done little to right his wrongs.

“DS Ridgewell was first denounced as corrupt in 1973. He was imprisoned in 1980. The BTP could have re-examined his cases then. But they didn’t.

“They instead left it to his victims to try and work out for themselves exactly how they had been set up, and to gather the evidence they needed to prove their innocence.

“In my view, the BTP should now conduct a wholesale review of all this officer’s cases. It seems to me very likely that there may be many other victims of his corruption.”

Speaking on Tuesday after his friend’s conviction was quashed, Mr Trew said: “I am so pleased as it brings to a close this awful event.

“I am pleased that the process I alone started years ago by writing the book has ended so gloriously for the many victims of Ridgewell’s corruption.

“I hope that the British Transport Police will now make a public statement about these wrongful convictions for which Ridgewell has been responsible.”

Ridgewell was involved in several controversial cases in which young black men were falsely accused of crimes culminating in the 1973 acquittals of the “Tottenham Court Road Two”, two young Jesuits studying at Oxford University.

The judge who halted their trial, Gwyn Morris, said: “I find it terrible that here in London people using public transport should be pounced on by police officers without a word.”

But Ridgewell was simply moved into a department investigating mailbag theft, where he joined up with two criminals with whom he split the profits of stolen mailbags, before he was eventually caught and jailed for seven years.

In 1975, Stephen Simmons and his friends were arrested by Ridgewell and accused of stealing mailbags, for which they were ultimately convicted and sent to Borstal.

But, in January 2018, Mr Simmons also had his conviction overturned by the Court of Appeal after he discovered Ridgewell’s crimes.

Part of the evidence in Mr Simmons’ appeal was Mr Trew’s book Black For A Cause… Not Just Because… which detailed Ridgewell’s long history of “fit-ups”.

Shopper shows support for NHS paramedics by paying their bill