Nurses must be able to rest, says Royal College of Nursing chief 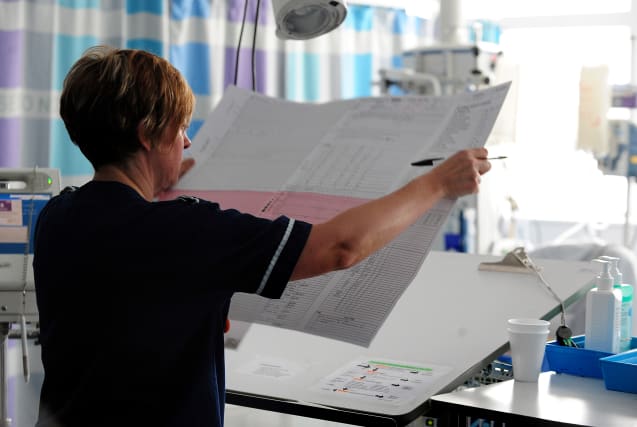 Nurses on the front line must be given adequate rest and access to food and drink as they deal with unprecedented numbers of patients, the head of the Royal College of Nursing (RCN) has said.

Dame Donna Kinnair, chief executive of the RCN, said all the evidence showed that the NHS was in for a “prolonged” period of dealing with very sick patients and it was vital to protect frontline staff.

She called for testing of NHS workers as a priority plus further assurances over the supply of personal protective equipment (PPE) to stop nurses falling sick.

In an interview with the PA news agency, she said: “We have heard numerous reports of nurses going out without proper protection. When they are going into homes with Covid-19, some are using bin bags instead of an apron.

“That’s why I wrote to the Prime Minister because although they (ministers) are apparently getting reassurance from delivery companies, that’s not what we’ve been hearing on the front line.”

Dame Donna said some staff from hospitals had texted her overnight and said they had some supplies of PPE.

“But clearly it’s not enough, we have nursing homes and so on,” she said.

“It’s a mammoth task to get to every nursing home and care home, everywhere needs a supply of protective equipment.”

Dame Donna said it was important that staff who are working round the clock are given adequate chance to rest.

“There is a need to ensure people are taking annual leave appropriately,” she said.

“The temptation is ‘all hands to the wheel and we’ll get through this’ but this is not going to be two weeks.

“If we look at Wuhan and Italy, it’s going to be prolonged.

“We know frontline workers become more vulnerable if they don’t get adequate rest, adequate hydration and nutrition. We would be advocating for all our staff to get these things.

“Just as testing has to be priority, looking after workers is important.

“Nurses are working round the clock treating patients and it’s important for issues such as fatigue and hydration to be addressed.”

Dame Donna acknowledged that nurses will be caring for more patients than normal, including specialist nurses working in intensive care.

“We never had enough nurses before Covid-19 came along – there has been an ongoing shortage of nurses,” she said.

“Depending on how many people are infected, even if we suppress the curve, we know there are going to be an unprecedented number of people who are sick and requiring ventilation.

“This may require some changes and things we would not do in other times.

“What we do need to do is make sure we have the right guidance for those situations.”

Dame Donna said calls to the RCN helpline for staff had increased “massively”, with many calls being about PPE and testing.

She said the RCN was working to ensure nurses in vulnerable groups and pregnant women were protected.

“We are certainly pushing for pregnant nurses to be given alternative work, because there is a lot of alternative work to be done that is not in direct contact with patients.”

She said the guidance had been confusing regarding the first and second trimesters, although it was clear women in the final trimester should not be doing frontline work.