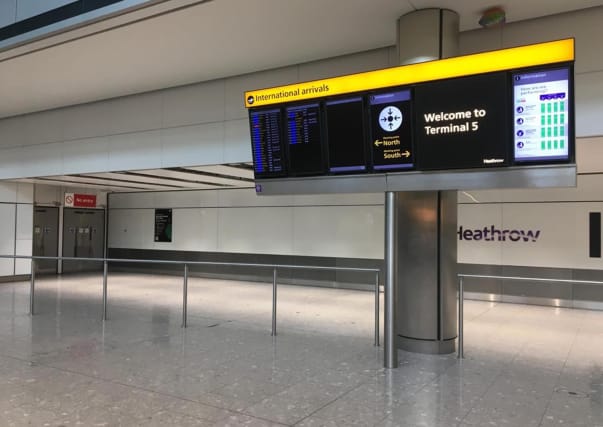 NHS nurses in Australia trying to get home and rejoin UK hospitals amid the coronavirus crisis have accused the Government of “turning their backs” on them.

Laura Mclaughlin, who has lived in Sydney for three years, organised a Facebook group of almost 50 NHS staff, which is “rapidly growing”, with professionals pleading for information about return flights.

As she is dual-registered and still maintains an NMC pin in the UK, Ms Mclaughlin told the PA news agency she would be able to start working in a hospital “almost immediately”.

“Technically, if I walk off that plane then I can pretty much start working,” the 27-year-old, from Preston, said.

“Obviously I might need to self-isolate and I’m trying to get advice from the Government in regards with what to do.

“A lot of people have spent a lot of money to move here and live here for a few years, so it’s a big risk to give up everything we have set up here.

“But it just feels right. As soon as I saw the pandemic becoming an issue, I thought I need to be at home, in the NHS, helping my colleagues and being closer to my family.”

Ms Mclaughlin, who worked as an accident and emergency nurse in a hospital in Southport, Merseyside, said she had been in contact with former colleagues in the UK about returning to work.

They have said they are “so short-staffed” they need as much help as possible, she added.

She managed to secure a flight from Darwin to Heathrow, avoiding transport hubs such as Singapore and Dubai which are preventing passengers travelling through the airport.

But she said a number of NHS staff, including doctors and physiotherapists, are still searching for a route back to the UK.

“We’ve been to the embassy, trying to get hold of people to help us, but we’re just getting no answers,” Ms Mclaughlin told PA.

“I don’t think it’s good enough. We need to be prioritising flights for the NHS key workers to be getting home to be helping the pandemic.

“I have hopefully got this flight confirmed for tomorrow, but it’s still helping all the other people along the way trying to get home.”

“We’re really keen to come and help but we’re all feeling a little bit like everyone has turned their back on us at the moment.

“It’s such a long way to be stuck with no flights with no help from the embassy or the Government.”

Ms Mclaughlin said bringing back nurses from retirement was “fantastic”, but said there were young nurses around the world who want to return to help the NHS.

“I’ve been here three years now so I’ve pretty much got a life set up here, but obviously my roots are in the UK and I do have a great love for the NHS,” she said.

“I do want to come home and show support. I can see colleagues who are dealing with this on the frontline and we should be able to get home to help that.”

The British Embassy in Australia tweeted on Tuesday to ask for travellers to provide them with their contact details.

“We will be able to communicate with you directly, including updates on commercial flight availability to the UK,” it said.