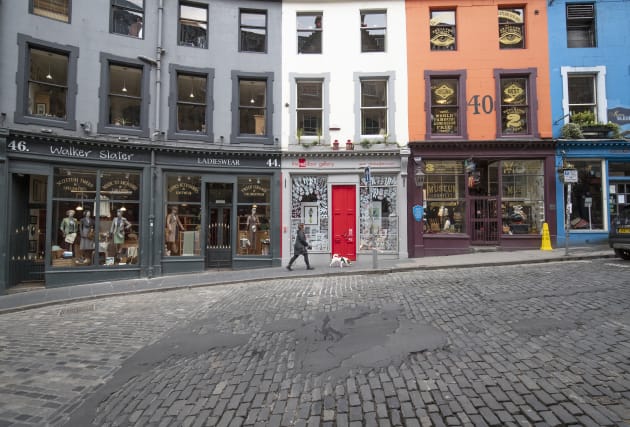 Legislation being rushed through Westminster bringing in new powers to try to curb the spread of coronavirus aims to cut the number of social contacts between people by a minimum of 75%, MSPs were told.

Scottish Constitutional Relations Secretary Mike Russell said the new law seeks to keep people safe and “make sure we work our way through this in as best a way as we possibly can”.

With powers being given to Scotland to close down businesses that stay open despite closure instructions, Mr Russell said ministers would not hesitate to use these if needed.

He also pledged in these “extraordinarily difficult times” the Scottish Government will spend whatever it takes to get through the Covid-19 crisis.

Addressing MSPs on Holyrood’s Finance and Constitution Committee, he said: “We will have to spend what we require to spend in these circumstances.”

He added: “This isn’t a situation in which we can sit back and say we’re not going to do things until the money is there, they will be done.

“Of course we will have to make sure the money is available to pay, and those discussions are taking place.”

Speaking about the Coronavirus Bill, his message to Scots was: “The intention of this legislation is to try to keep you, your communities and your country safe and to make sure we work our way through this in as best a way as we possibly can.”

The purpose of regulations in the legislation “is to keep people safe and make sure that we cut connections between people in terms of social interaction by 75% or more”, he added.

To help with that he said employers should “bust a gut in order to make sure that people can do their jobs from home”.

He was also clear ministers will not hesitate to use the powers in the Bill to force businesses to close if they had to.

A small number of pubs were still open over the weekend, despite both First Minister Nicola Sturgeon and Prime Minister Boris Johnson having told them to close.

While he said he hopes individuals and companies woill act in a “sensible, thoughtful, constructive manner”, Mr Russell added: “The law exists to force that compliance if it does not take place.”

Mattress company working round the clock to supply NHS

Vicars get creative with digital church services ahead of Easter weekend