New coronavirus powers will be brought in immediately, MSPs told 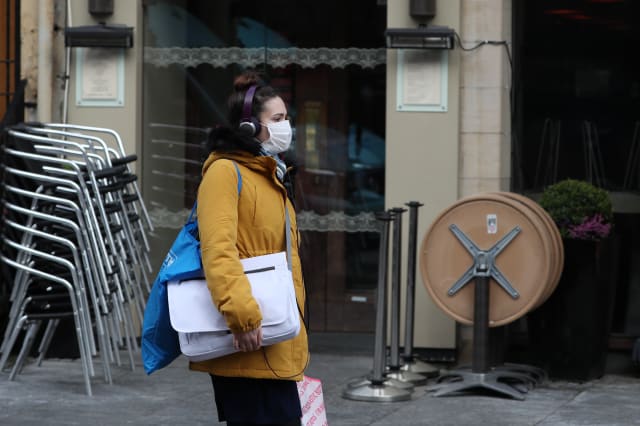 Holyrood will act immediately to bring in new powers to clamp down on gatherings and shut down non-essential businesses that open up in the coronavirus outbreak.

The UK Coronavirus Bill is expected to gain royal assent on Wednesday, with MSPs unanimously passing a legislative consent motion in support of it on Tuesday.

The Scottish Parliament, which is now sitting only only one day each week, will have 28 days to approve the introduction of the powers.

Scotland’s Constitutional Relations Secretary Mike Russell confirmed the Scottish Government will act to introduce the new powers as soon as emergency legislation at Westminster is passed.

He also pledged their use will be kept under constant review, in line with scientific advice.

Mr Russell told MSPs: “We have now taken the decision, as part of our response, to commence upon royal assent the powers within the Bill, which will ensure that all necessary enforcement action can be taken to implement social distancing and restriction on gatherings, events and operation of business activity without further delay.

“Those powers allow us to make emergency regulations where we believe there is an urgent need for them.

“We believe there is an urgent need and we will make those regulations now.

“That means those regulations will come into force immediately and will remain in force provided they are approved by Parliament within 28 days of being made.”

Mr Russell said new restrictions, which effectively amount to Scotland being placed on lockdown, are “difficult” and “distressing”.

But he insisted the legislation, which introduces measures aimed at increasing the number of available health and care staff and protecting the food chain, is “essential”.

Mr Russell said: “Pandemics have been experienced before – each time there is fear, there is dread, there are difficult decisions and, yes, there is death.

“But there is also courage and hope and determination. We learn from those who have gone before us, because they made it through and they told the tale, and we intend to do the same.”

Scottish Conservative constitution spokesman Murdo Fraser said: “It is, in my view, essential that both the Scottish Government and the UK Government have the emergency powers to tackle the unprecedented crisis that we’re now facing.”

While MSPs from all parties agreed Holyrood should give its approval to the Westminster legislation, Labour leader Richard Leonard said the Scottish Parliament should scrap its Easter break.

He said: “At a time of a national emergency, we think this national Parliament should not go into Easter recess but that we should continue to scrutinise what is happening in the midst of this emergency.

“So I would ask all parties to consider whether we should go into recess or not. We do not think we should.”

Scottish Greens co-leader Patrick Harvie told MSPs the Coronavirus Bill is necessary but not something his party would support in normal circumstances.

He said the Bill does not go far enough, calling for an increase to the level of statutory sick pay or the introduction of a universal basic income.

Scottish Liberal Democrat leader Willie Rennie gave his party’s support to the legislative consent motion, adding he looks forward to it being repealed.

He said: “It’s important to understand during this quite oppressive period that for a long time we have enjoyed those freedoms and the sooner we get back to them the better.”