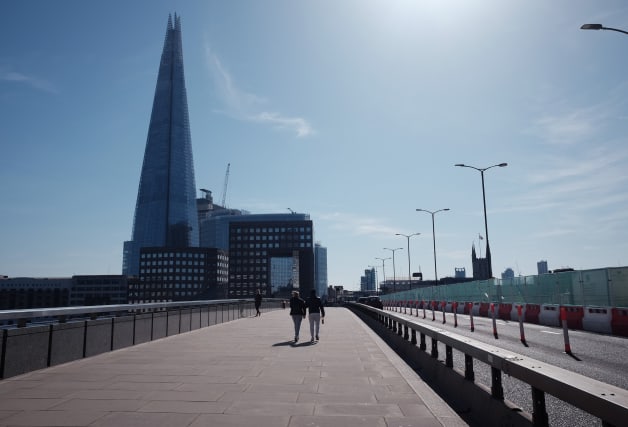 Home is now the “front line” in the fight against coronavirus, the Health Secretary has said.

Matt Hancock urged people to come together to reduce the number of people in the UK who will die from the spread of Covid-19.

But he issued a stark warning, saying stricter measures introduced by the Prime Minister on Monday were not advice but rules that must be followed.

He told MPs in the Commons: “The spread of coronavirus is rapidly accelerating across the world and in the UK.

“The actions we took yesterday are not actions that any UK government would want to take but they are absolutely necessary.

“Our instruction is simple: stay at home.”

He said people should only be leaving their home for four reasons – shopping for essentials such as food and medicine, one form of exercise per day, medical need or to provide care to a vulnerable person, and travelling to and from work, but only where this is absolutely necessary and cannot be done from home.

Mr Hancock said: “These measures are not advice, they are rules and will be enforced including by the police, with fines starting at £30 up to unlimited fines for non-compliance.”

He continued: “We are engaged in a great national effort to beat this virus, everybody now has it in their power to save lives and protect the NHS.

“Home is now the front line.

“In this national effort, working together, we can defeat this disease, everyone has a part to play.”

His comments come as some trains on London’s Tube network were crowded again on Tuesday morning despite Boris Johnson placing the UK on a lockdown.

The Prime Minister ordered people only to leave their homes for “very limited purposes”, banned public gatherings of more than two people and ordered the closure of non-essential shops.

But police chiefs warned of phone lines being inundated with calls on Monday night with questions about what movements are still permitted, while MPs also called for answers.

Pictures on social media suggested that many people in the capital were continuing to use the Underground to travel around, prompting a desperate plea from London Mayor Sadiq Khan: “I cannot say this more strongly: we must stop all non-essential use of public transport now. Ignoring these rules means more lives lost.”

Nurse Julia Harris, who commutes to work at Imperial College NHS Trust, told the PA news agency she was worried about overcrowded trains, adding: “I worry for my health more on my commute than actually being in the hospital.”

– The organisers of the Tokyo 2020 Olympic Games, due to begin at the end of July, have agreed to postpone the event for a year.

– For the first time, all the UK’s mobile networks are sending out a Government message to their customers with details of the new shutdown.

– Cabinet Office Minister Michael Gove was forced to backtrack after initially saying the children of separated parents should not move between households. He later clarified “it may be necessary” for some children who are under 18 to move.

– Sports Direct confirmed it will not open its stores to the public following a U-turn. It had earlier said its stores would remain open because selling sporting and fitness equipment made the company a vital asset.

– Chancellor Rishi Sunak acknowledged it would not be possible to protect every job and save every business, but said the Government was “looking at pace at what support” can be given to the self-employed.

– The Government defended allowing construction work to continue despite the lockdown measures.

In an address to the nation from Downing Street on Monday evening, Mr Johnson urged people to stay at home.

After the UK death toll hit 335, the PM ordered the immediate closure of non-essential stores including those selling electronics and clothing.

The Prime Minister also ordered a ban on all public gatherings of more than two people – other than those they live with.

Other premises joining pubs and restaurants in being closed are libraries, playgrounds, outdoor gyms, places of worship and hotels.

Parks will remain open for exercise, but all social events including weddings and baptisms will be stopped. Funerals can continue.