Harry and Meghan a week away from quitting as senior royals 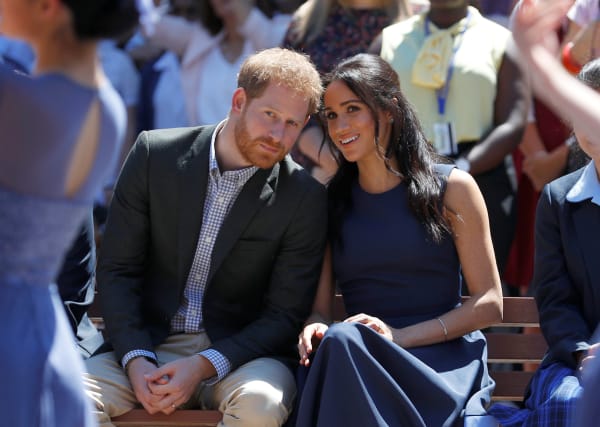 The Duke and Duchess of Sussex are a week away from quitting as senior royals, when they will stop using their HRH styles and no longer be able to have Sussex Royal as their brand.

Sixth in line to the throne Harry and American former actress Meghan are walking away from the monarchy for a life of personal and financial freedom on March 31.

Harry and Meghan have also been laying the groundwork behind the scenes for a not-for-profit global organisation based in North America, but full details and the launch date have yet to be revealed.

A source said: “They’re busy working as they always have been.”

Much has changed across the world with the escalation of the coronavirus pandemic since the Sussexes carried out their final public royal engagement as senior royals on Commonwealth Day at Westminster Abbey a fortnight ago.

Prime Minister Boris Johnson has placed the UK on a police-enforced lockdown with drastic new measures in the fight against the Covid-19 illness.

While Harry, Meghan and their 10-month-old son Archie Mountbatten-Windsor are thousands of miles away in Canada settling into their new life overseas, the duke’s grandparents the Queen, 93, and the 98-year-old Duke of Edinburgh are staying with a reduced household at Windsor Castle for their safety.

Harry’s father the Prince of Wales and stepmother the Duchess of Cornwall are in the sanctuary of Birkhall in Scotland, and the Duke and Duchess of Cambridge are said to be at their Anmer Hall mansion in Norfolk with their young children.

They have said they will use the platform to share resources and post “accurate information and facts from trusted experts” amid “uncertain times”, adding: “Now, more than ever, we need each other.”

In another post, they suggested followers could digitally train as counsellors if they were bored at home.

Harry and Meghan sparked the “Megxit” royal crisis with their bombshell announcement in January that they wanted to quit as senior royals, and step back into a dual role, supporting the Queen and earning their own money.

But the plan was unworkable and would have led to accusations they were cashing in on their royal status.

After the Queen held a crisis summit at Sandringham, the couple are dropping their HRH styles and public royal roles for a life mostly in North America.

The Queen and her senior officials decided Harry and Meghan must not use “Royal” as part of their brand, which the Sussexes said they would agree to despite arguing on their website that the monarchy has no jurisdiction over the use of the word overseas.