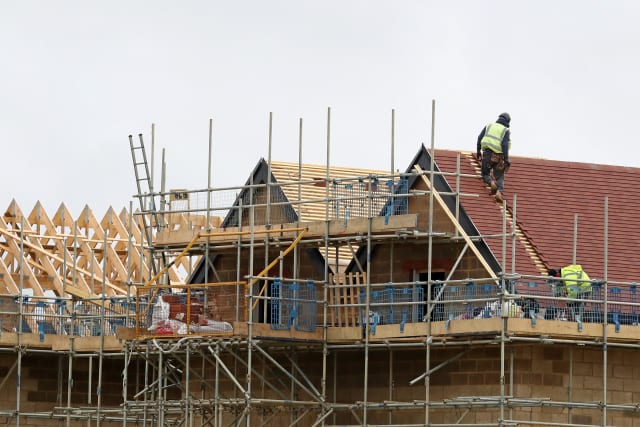 The Government has been urged to take the “difficult decision” and ban non-essential construction work.

Mayor of London Sadiq Khan’s office said on Tuesday evening that the Government must act urgently to get more people staying at home following construction workers reporting to building sites and images of packed Tube trains appearing on social media.

The response comes after Health Secretary Matt Hancock said that the Tube should be running in full so that people are spaced out and can be further apart.

A spokeswoman for the mayor said the Government needed to provide “proper financial support” to freelancers and the self-employed.

She added: “The Government must act urgently to get more people staying at home rather than going to work unnecessarily – that means taking the difficult decisions they are refusing to take to ban non-essential construction work and provide proper financial support to freelancers, the self-employed and those on zero-hours contracts to stay at home.”

Mr Khan had previously said he told Mr Johnson “forcibly” at a Cobra meeting that construction workers should not be going into work.

After more scenes of packed Tube trains on Tuesday morning, Mr Khan was asked if construction workers in London should be among the travellers.

“According to the Government’s advice, the answer is yes.”

Builders and construction workers said they felt “angry and unprotected” going to work following the introduction of the stricter anti-Covid-19 measures.

But Downing Street has defended its position and said that construction work should continue if it can be done following Public Health England and industry guidance.

The Prime Minister’s official spokesman said that the Construction Leadership Council had issued guidance to the industry.

He added: “It should continue where it can happen in a way that follows Public Health England and industry guidance.

“We urge employers to use their common sense when managing live projects and ensuring that employees can follow the Government guidance and practice safe social distancing on site.”

A crane operator at a London construction site with 400 to 500 workers said: “Everyone on site at the minute feels angry and unprotected.”

The man, who asked not to be named, said if he opted not to go in he “wouldn’t get paid or even could lose my job”.

He added: “(It’s) scary really – I’ve got a family and kids at home. I’m in London around all these people, bringing it all back into an isolated home.”

Electrician Dan Dobson said the Government must provide support to self-employed workers, including about a million in the construction industry, and then shut down building sites.

He added: “They have no incentive to stay at home, they have bills to pay.

“Everyone on site at the minute feels angry and unprotected.

“None of them want to go to work, everyone is worried about taking it (coronavirus) home to their families.

“Construction sites will stay open until the Government issues an order to close.

“But the Government cannot issue the order to close until it offers support to the one million-plus construction workers – it has to go hand in hand.”

While some companies said they were closing sites down and suspending work, others said they would remain open with “strict precautions” in place.

Transport for London (TfL) announced on Tuesday that work on its Crossrail sites was being temporarily suspended, but that essential maintenance of the transport network will continue.

HS2 said it will be reviewing the majority of works on its construction sites in line with the Government’s advice on dealing with Covid-19.