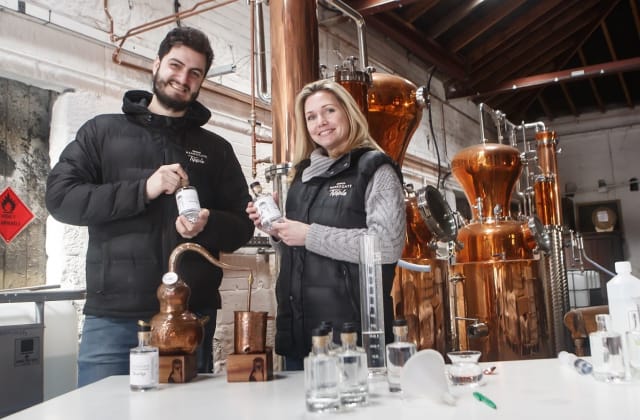 The Treasury is waiving duty on alcohol used to produce hand sanitisers in the UK after a gin distillery making the much-needed gels raised the issue.

Harrogate Tipple owners Steven and Sally Green decided to step in and make the gel using a recipe recommended by the World Health Organisation after hearing of shortages for health professionals and care homes.

But the strength of the not-for-profit product would mean they were charged £25 duty for a litre bottle of the 80% sanitiser.

Harrogate MP Andrew Jones stepped in to lobby on the gin and rum distillery’s behalf and they have been told the duty is being lifted.

Mr Green said: “With organisations such as care homes, GP practices and dental practices all struggling to source much-needed hand sanitiser, we realised that we could help by quickly switching production.

“Our plan is to supply the hand sanitiser at cost, with no profit margin, to the care sector, charities and other businesses providing vital public services.

“However, as a distillery, HMRC told us we would still be liable to pay duty on the alcohol used in the hand sanitiser.

“Fortunately, hearing of the problem, Andrew Jones MP got in touch and has been in discussions with HMRC which has now agreed to waive the duty, enabling us to make the product at a realistic cost.”

Co-founder Sally Green said: “We’ve now been inundated with orders from all sorts of businesses – for example, Ripon police station as well as the Royal Mail in Harrogate which will be delivering medicines.

“We’ve already started production and our plan is to make as much sanitiser as we can – we’ve ordered more alcohol and other ingredients and believe we have the capacity to produce thousands of bottles a day.”

Mr Jones said: “I am proud to be supporting the initiative.”