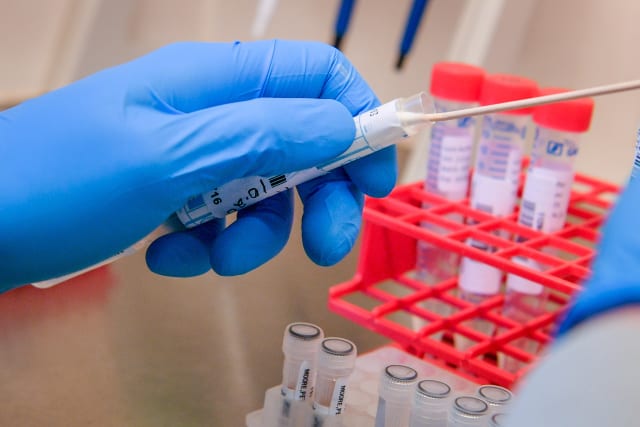 A woman whose mother has become Northern Ireland’s fourth victim of Covid-19 has lambasted the “selfishness” of people who continue to gather in groups.

Brenda Doherty said her family was “devastated and heartbroken” by the death of mother-of-five Ruth Burke, 82, but proud of a loved one who had unbelievable strength.

She paid tribute to NHS staff who cared for her mother.

Ms Doherty said: “To those of you who out there are being so selfish in gathering in packs – wise up.

“How selfish can you be?”

She is deferring celebration of her mother’s life until it is safe to do so.

“My mum was not just a statistic,” she added.

“She was a woman who had unbelievable strength and suffered many challenges in her life.

“Unfortunately this was one that she was not going to overcome.”

Ruth’s family could not be with her when she died or afterwards due to the risk of infection.

Ms Doherty added: “We will not see her in her coffin.

“We will not get to give her a kiss but I know we did that when it mattered and that was when mummy was alive.

“We kept our mum safe as best we could until we could not keep her safe any more.”

Ms Doherty used an emotional social media post to say she was down to her last half bottle of handwash because shop shelves were empty.

“My mum would not believe how people would be behaving.

“She would have thought better of society.”

And Ms Doherty thanked those helping the vulnerable.

“My mum was a woman who lived her life to the full.

“She had lots of hard times in her life but she valued life.

“If you value life you will stay home to do as we have been asked.

“My mum may be the fourth person to pass of Covid-19 but the sad reality is she probably won’t be the last.”